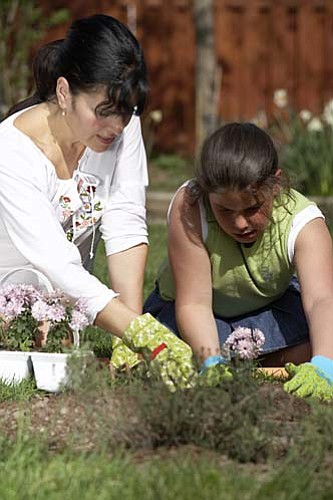 Thomas Fuller once said, “No garden is without its weeds.”

That certainly seems to be the case in Cottonwood these days. One would think the Cottonwood City Council made the ultimate win-win decision last year when the city set aside land for a community garden.

But during the recent review of the Cottonwood’s strategic plan, City Manager Doug Bartosh said he wasn’t so sure the city council should count the community garden among its list of great accomplishments during the past year.

In fact, the community garden has become something of a bed of thorns for all involved.

It’s hard to get a handle on exactly how this thing became so unraveled.

Folks on one side of the fight are concerned about the legal repercussions of making statements to the press after receiving a rather threatening letter from a lawyer representing those on the other side of the fracas. And, the person appointed as the spokesperson for the non-profit board that governs the activities of the community garden so far has refused to return our phone calls.

But the very language in the cease-and-desist letter crafted by local attorney Justin Vaughn speaks volumes about just how nasty a fight this has become: “You have no lawful organization, nor does any such association have any authority granted by the City of Cottonwood. As the responsibility for operation of the garden rests with the Cottonwood Community Gardens LLC, so does the authority to have you removed.”

Not since Eve convinced Adam to take a bite out of that apple has there been such ill will over a garden.

There is, according to Bartosh, a desire from both sides of the dispute for the city to step in and referee the fight.

The city wisely is taking a hands-off approach and telling the disputing parties to work out their differences among themselves and enjoy the garden the city has so generously provided them.

They should do exactly that. Otherwise, they need to remember that what the city giveth, the city can also take away.

As for the members of the city council who showed considerable goodwill in allowing for the establishment of a community garden, they have fallen victim to the old adage that “no good deed goes unpunished.”

Letter: A Community Garden is more than just a piece of land
Letter: We need a hero like John Wayne on the City Council
Letter: Let&#8217;s hear the logic behind this decision from city council
Letter: The majority doesn&#8217;t feel process was very democratic
Commentary: City, school district show how 'shared services' is done
Event Calendar