Column: Community has certainly gotten its money's worth on Mingus bond, override 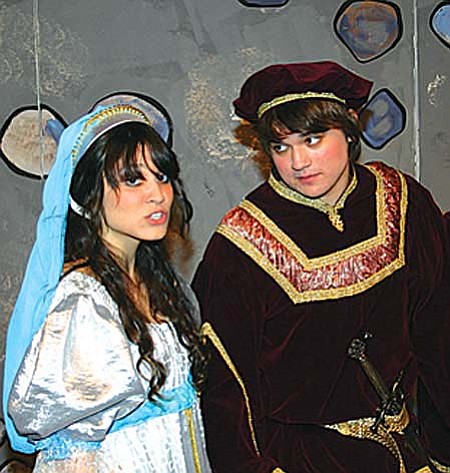 If you like to see perfect examples of what it means to get your money's worth on an investment, make a point of attending one of the two remaining shows of the Mingus Union High School production of "A Midsummer Night's Dream" this weekend.

By doing so, you will see two textbook examples of your tax dollars being put to excellent use.

First, there is the renovated Mingus performing arts auditorium, made possible in part due to the $15 million school bond approved by voters in 2006. The new auditorium is state-of-the-art in every sense of the word. You will be hard-pressed to find a better performing arts venue anywhere in Northern Arizona than the Mingus auditorium. Kudos once again to local architect Rennie Radoccia and Mingus construction project manager Steve Blankenship on a job well done.

The second example of getting your money's worth at Mingus deals with the budget override approved by voters last week. Had the override failed, it was likely that one of the budget casualties would be teacher James Ball's drama program at Mingus.

That would have been an enormous loss to the Verde Valley.

Everything from the exquisite set design to brilliant lighting to the expert craftsmanship of the acting, "A Midsummer Night's Dream" is a production that will undoubtedly exceed your highest expectations for local theater. Mingus has a real winner in Mr. Ball; he sets an amazingly high standard for his students and they produce results that will leave you awestruck.

As one long-time local arts connoisseur said following Sunday's matinee performance, "I had to remind myself a couple of times that I was watching a high school play and not a professional theater production."

With both the Mingus bond and budget override, Upper Verde taxpayers have certainly got their money's worth on these investments.

Go see for yourself.

It's well worth the price of admission.