Driver walks away from rollover 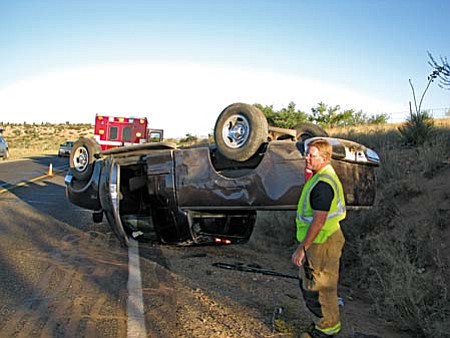 About 7 a.m. Tuesday, a one-vehicle rollover accident was reported near MP 7 on East Cornville Road near Interstate-17.

Verde Valley fire District crews were dispatched from Station 32 in Cornville. They found a late model Ford pickup resting on its roof, having suffered significant damage and blocking the westbound lane.

The driver of the vehicle, who had been wearing a seat belt, had already crawled out of the truck with no apparent injuries. He refused medical transport to the hospital. Photo Courtesy Verde Valley FD