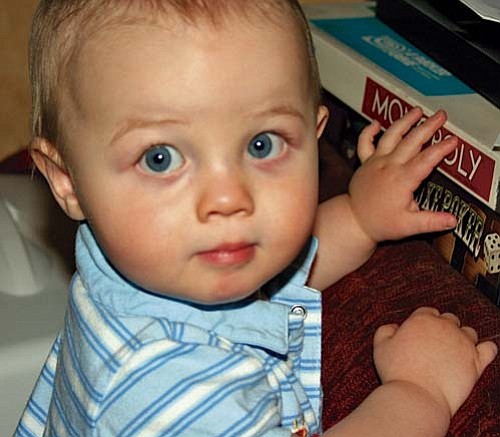 Bo Walter Long, 22 months, of Cottonwood, passed away on October 24. He was born on December 10, 2007 in Glendale, AZ to Michael and Michelle Long.

Bo was preceded in death by his grandmother Theresa Long. He is survived by his parents; grandparents Thomas and Sandra Wilson of Cornville and Walter Long of Phoenix; uncles and aunts Mark, Matthew and Morgan Long of Virginia, April Wilson and Mark Wilson of Cottonwood; brother Nicholas Chasse of Cottonwood; sister Heather Chasse; and cousin Briana Enright.

An online guestbook will be available to sign at www.westcottfuneralhome.com