Family feud: Wolfe vs. Faust being fought out in CV Court 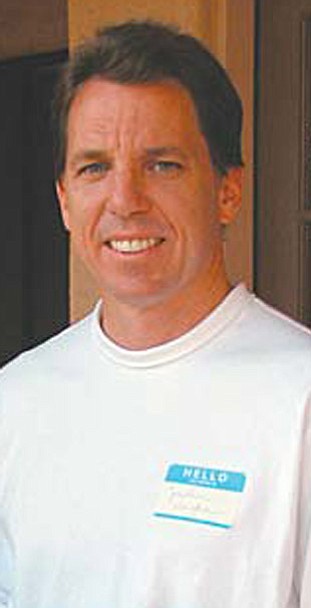 Attorney Justin Vaughn of Cottonwood represents the Fausts. He says Richard has a strong defense in attempting to keep the Wolfe brothers from threatening his family. Vaughn questions why the elder Faust was charged at all and hopes to get the charges dismissed during a hearing next week.

CAMP VERDE -- Two families are at odds and court proceedings continue over a fight at the bowling alley at Cliff Castle Casino in July.

The brawl might have been dismissed as a scuffle had not the youngest teen been severely beaten, suffering a broken nose and needing facial reconstruction surgery.

Apparently, there already was ill will between the Wolfes of Camp Verde and the Fausts of Cottonwood before the brawl. There had been an angry exchange of words at the bowling alley several weeks before the July 29 fight.

Jacob Wolfe, 18, told investigators that he and Trevor Faust had nearly come to blows during an earlier incident. He said Trevor was staring at him when they arrived to bowl July 29.

This night, the Faust family was already bowling in Lane 9 when the Wolfe brothers arrived at Lane 11. There was glaring back and forth, according to Yavapai-Apache police interviews. The Fausts were talking among themselves and watching the activity in the other lane. The Wolfe brothers began laughing and yelling and pointing fingers at the Faust boys, according to the report filed by Yavapai-Apache Tribal Police Dept.

Video surveillance from the casino shows Richard Faust, 54, attempting to calm the frayed nerves and tone down the loud swearing from the Wolfe brothers, according to the police report.

Richard Faust is the Cottonwood Community Services General Manager and the former Parks and Recreation director.

He told police that he had told his sons "not to do anything." He is seen on the tape raising his arms and walking toward the Wolfe brothers on Lane 11.

Steven Faust, 18, had followed his father to the Wolfe's lane, followed by Trevor Faust, 23. A cluster forms and an argument ensues, according to the video tape.

Richard, at that point, walks away, but his son, Steven, "gets in Jared's face," according to the police report.

Joseph Wolfe, 28, then stepped in to pull Jared away from Richard and Steven, according to the police interpretation of the video.

After more talk with Joseph and Jared Wolfe, Richard Faust is seen walking away, but he and Steven turn back to the group again for more talk.

As Richard turns away a second time, Steven Faust and Jared Wolfe came face to face

"Jared shoves Steven hard," according to the police interpretation of the videotape, "sending him backward."

What followed was a melee in which Jared Wolfe punched Steven twice, dropping him to the floor.

According to the police report, Richard Faust then grabbed Jared Wolfe in a headlock in an attempt to pull him off Steven.

Joseph Wolfe then entered the fray by grabbing Richard Faust in a headlock and "pulls him off Jared and hurdles him over backward through the air, causing him to hit the floor hard," according to the police report.

At this point, according to the police report, "Jared strikes 11 hard blows to Steven's face and head while Steven is lying on the floor ... After the 11th punch, Jared stands up, steps over Steven, as he lies on his right side. Jared then stands on his left foot, raises his arms and right leg and appears to kick Steven."

Steven Faust was taken to Verde Valley Medical Center to repair a fractured nose and facial lacerations. He was scheduled later for plastic surgery.

Three of the men have now been scheduled for hearings in Camp Verde Municipal Court. The Camp Verde court hears misdemeanor cases of non-Indians on Yavapai-Apache land.

Attorney Justin Vaughn of Cottonwood represents the Fausts. He says Richard has a strong defense in attempting to keep the Wolfe brothers from threatening his family. Vaughn questions why the elder Faust was charged at all and hopes to get the charges dismissed during a hearing next week.