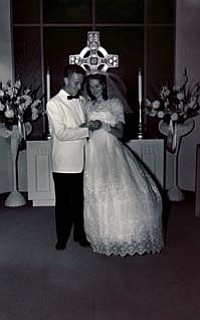 Dale M. and Ruth L. Tasa of Clarkdale celebrated their 50th wedding anniversary Aug. 22. Dale and Ruth were married Aug. 22, 1959, in Yuma. Dale is retired from T&T Refrigeration, while Ruth is retired from Verde Valley Medical Center. They have two children, Dawn Gordon, and Dain Tasa, both of Cottonwood. More than 70 people attended the couple's celebration party Aug. 29 at their son's home in Cottonwood. The party was planned by the couple's son and daughter and their families, and Ruth's sister.