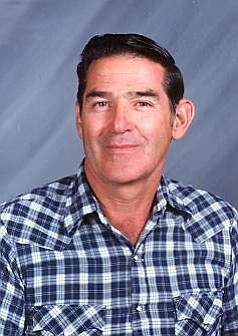 Lifetime Verde Valley resident Douglas "Allen" Coleman, born October 19, 1941, passed away September 19, 2009 after fighting many medical battles. He is survived by his loving wife of 50 years, Clara E. Coleman of Cottonwood, son Clinton (with daughter-in-law Kim) of Missouri, and daughters Melanie (with son-in-law George) of Cottonwood and Kim Babcock of Phoenix, as well as six grandchildren and one great grandchild. He is also survived by sister Jean Dotson of Utah, brother Raymond Coleman of Arkansas, and brother Michael Coleman of Camp Verde along with many nieces, nephews and extended family member. He is preceded in death by his father Douglas V. Coleman and mother Emma Lee Coleman, a sister Alberta Makala, and brothers Fred and Vernon.

Services will be held on Friday, September 25, 2009, 11 a.m., at the LDS Church on Hombre Drive in Cottonwood with interment following at All Souls Cemetery. Visitation will be from 10:30 -11 a.m.