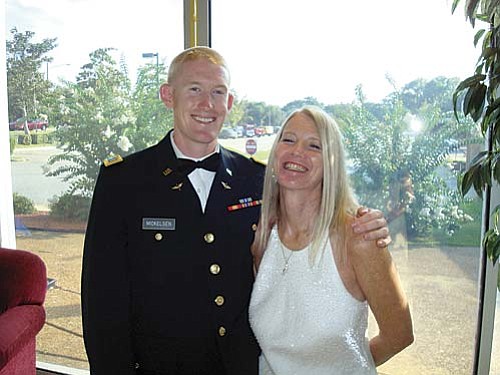 Dane Mickelsen graduated with honors from Mingus Union High School 2004. He also graduated with honors from Embry Riddle University in December 2007 was then accepted into the Aviation Basic Officer Leader Course to fly Blackhawk Helicopters at Fort Rucker, Alabama in February 2008 for the United States Army. He graduated as one of the top officers in his class in July 2009. He is currently a First Lieutenant at the Arizona Army National Guard and will be deployed to Iraq Oct. 6, 2009. His mother, Lin, and brother, Ky, are very proud of him.