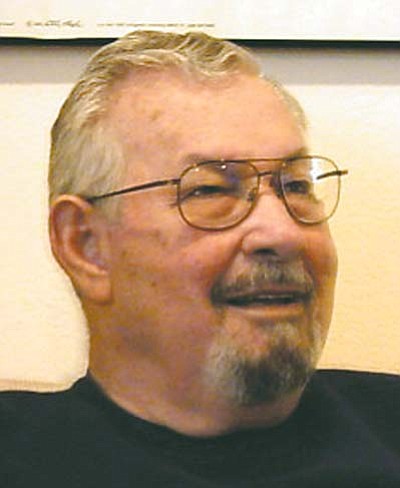 Duane Kirby: “I have a problem with this. I think we are going the wrong way.”

COTTONWOOD - Cottonwood City Council Member Duane Kirby Tuesday again debated a revision to a Cottonwood City ordinance that allows for expanded use of alcohol in public facilities. The need for an ordinance change has grown since the city has thrown support behind the local wine industry and has more demand for events with wine in its facilities. The council approved the amendment Tuesday by a 6-1 vote, with Kirby voting against the measure.

At issue is the amendment to the city code provision that regulates alcohol consumption in city parks and facilities.

Community Services General Manager Richard Faust said the code change will provide a more uniform policy for parks and recreation facilities. The new law, drafted by City Attorney Steven Horton, is actually much tighter and more specific with teeth about where permission may be allowed, according to Faust.

But, digging into the code language, Kirby wondered, "How to you judge a non-intoxicating amount?"

The new code allows "consumption of non-intoxicating quantities of beer and other malt beverages."

City Manager Doug Bartosh said there is also the matter of people having "to take personal responsibly."

Kirby continued: "I have a problem with this. I think we are going the wrong way." He also pointed to the council's blanket approval of liquor licenses when they are included on a council consent agenda.

Bob Richards, who frequently attends council meetings, pointed out that Arizona's new gun legislation allows much more freedom to bring guns into buildings. He suggested that the council "table the liquor ordinance."

"You hate to mix guns and alcohol, but your new legislation is more likely to make that possible," Richards suggested.

Bartosh noted that public entities may require that weapons be checked at the door when that is properly noticed, but there must be a safe box in which to hold weapons collected.

The new code states that the City Manager or Community Services General Manager (Faust) may authorize possession and consumption of beer or other malt liquors and also "wine," for the first time, in the Cottonwood Recreation Center Banquet Hall and the Cottonwood Civic Center when those facilities are rented. The alcohol may not be sold, unless the applicant has the appropriate license. They must also provide appropriate security and adequate liability insurance and must accept responsibility for injury or damage.

Faust says that since the early 1990s, beer could be consumed at adult softball games (though not by players), in Riverfront Park Ramadas and along the Verde River. Consumption of beer was also allowed when adult womens softball was played at the Old Town field that is no longer used.

Faust said that Mesa was the first city to allow beer consumption in parks and many other Arizona cities followed suit, including Cottonwood. At that time, there was a flurry of public comment about the change.

In fact, Faust recalls, there have never been any problems with alcohol consumption in parks, except when it comes to broken glass. That is why glass bottles are excluded and most use now use cans to drink beer.

The council Tuesday also agreed to waive the existing ordinance for the region-wide mixer for the Verde Valley Realtors Association, expected to attract 180- to 200 people April 29.

Current policy allows for the City Council to waive the ordinance on the behalf of requests by both the public and city staff on a case-by-case basis.