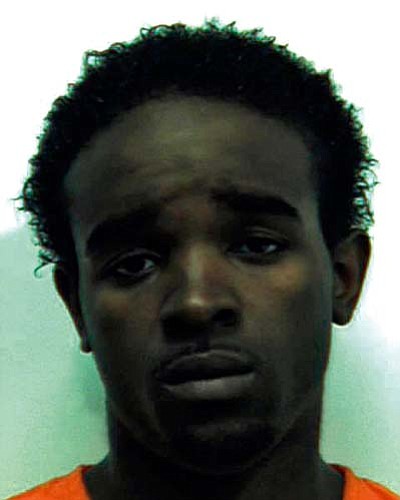 VERDE VILLAGES - Yavapai County Sheriff's deputies were called to a vehicle burglary Wednesday evening, in the 2300 block of Buckboard Trail in Verde Village #4. Thanks to vigilant neighbors and using legwork, police tracked the thieves and recovered the valuables.

Neighbors told deputies they had seen two suspects taking a purse from a car parked on Buckboard Trail. The vehicle owner had left the car running with her purse on the front seat while she was inside the home.

The alert neighbor said the suspects were a black male, wearing baggy pants and turquoise-colored shoes, and his female companion. The neighbor, victim and a friend searched the area and determining the general direction of the suspects' flight and advised the Sheriff's dispatcher.

Neighbors also notified arriving deputies that the suspects were seen trying to hide in some bushes near Silver Leaf Trail and Diablo Drive. Then another witness saw the suspects jump over her back yard fence into a neighbor's yard. Following those leads, deputies nabbed the suspects at a home in the 4600 block of Diablo Drive.

The man was identified as 21-year-old Korey Leatherwood of Phoenix and his companion, 16-year-old Ianelli Cuellar of Scottsdale. Leatherwood, who has family living on Diablo Drive, has an outstanding probation violation warrant from Maricopa County.

Cuellar was listed as a runaway juvenile by Scottsdale Police.  She admitted her allegedly involvement with Leatherwood in the vehicle burglary.

All of the victim's belongings were accounted for and returned.

Both suspects were charged with burglary and theft.  Leatherwood was also charged with contributing to the delinquency of a minor.  He was booked at the Camp Verde jail. Cuellar was taken to the Yavapai County Juvenile Detention Center in Prescott.