Blood Into Wine screenings in Jerome 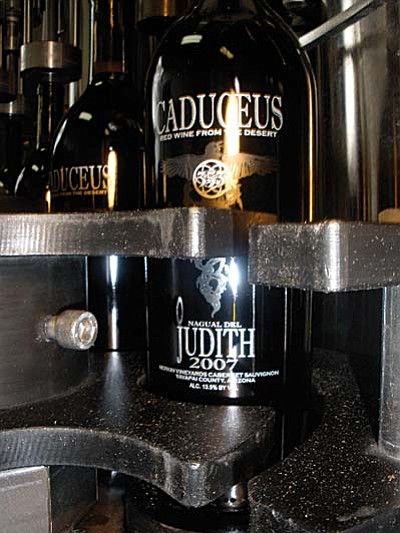 JEROME - The documentary Blood Into Wine will be screened three times at Spook Hall in Jerome Aug. 8. Tickets for the first two screenings, at 11:30 a.m. and 2 p.m., cost $15 and include a complimentary pour at the Caduceus Tasting Room.

The final screening at 6 p.m. is free to Jerome residents for a small donation to local charities.

Recording artist and vintner Maynard James Keenan will be available for a question and answer session following each screening.

Keenan and his vineyard partner Eric Glomski are the subjects of the documentary by filmmakers Ryan Page and Chris Pomerenke. The film followed the two winemakers for a year while they went through the process of producing wine in the Verde Valley.

Both men have expressed untraditional views about wine and winemaking. Keenan was quoted in a Kudos story saying that Americans have missed the point about wine and that wine is not elitist.

Glomski said wine has become, in many ways, pretentious, and that it should be fun and not stuffy.

Pomerenke said one reason he was interested in a documentary about Keenan is because the rock star isn't in the wine business just to lend his name to a wine or vineyard. He said Keenan is there with his hands digging in the dirt.

Keenan and Glomski are not California winemakers. Instead, they are proving that notable wines can be produced from vineyards in the comparatively hostile environment of the Verde Valley.

Spook Hall is located on Hull Ave. in Jerome, and Caduceus Cellars Tasting Room is at 158 Main St. in Jerome.