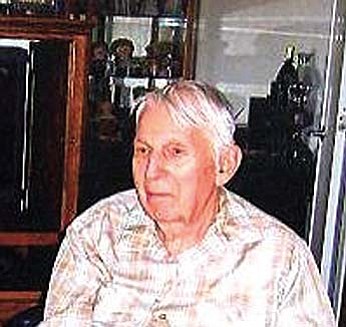 Burton Arthur Kitson, 87, of Cornville died August 1. He was born January 31, 1923 of Franklin and Florence Kitson

He attended Betsy Ross Elementary School and Plymouth High School. He served his country in the Army.

Mr. Kitson worked at the Biner Ellison Manufacturing. He was a member of the South Pasadena Assembly of God Church. He enjoyed helping others and home repair. He will be remembered as a kind generous, lovable man that everybody liked. He had no enemies.

There will be a memorial service held August 21 at his home at 2 PM. In lieu of flowers donations in his memory may be to the Verde Valley Humane Society, P O Box 1429, Cottonwood, AZ 86326