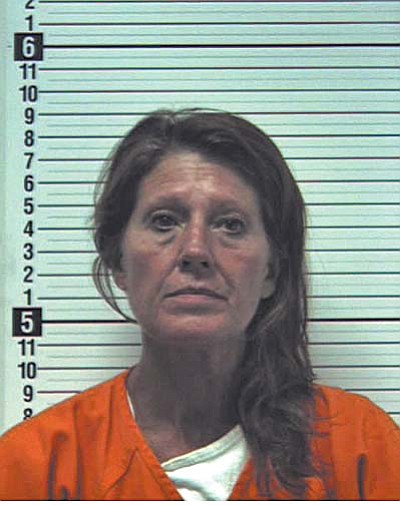 INTERSTATE-17 -- A Yavapai sheriff's deputy stopped a white 2010 Mercury sedan for speeding and improperly changing lanes on I-17 near Cordes Junction Thursday.

The driver was 52-year-old Judy Dieter and her passenger, 53-year-old Joseph Schaefer, both from Nebraska. The vehicle displayed Colorado plates.

A records check found Dieter's license suspended, but while talking with the woman about the car ownership and reasons for traveling in Arizona, deputies suspected deception.

A YCSO K9-unit arrived was brought in and K9 Elliot alerted on the vehicle, detecting the odor of narcotics from inside. Deputies found a small package of methamphetamine in a soda cup and two more small packages containing meth and a snorting tube in Dieter's purse. In the trunk area, deputies found a large package of methamphetamine, weighing over three pounds, hidden in the wheel well area of the vehicle.

Dieter and Schaefer were arrested and charged with one count each of transportation of dangerous drugs for sale. They are held at the Camp Verde jail pending a $150,000 bond.

Two weeks earlier, two more suspects from Nebraska were arrested for transportation of dangerous drugs for sale involving over four pounds of methamphetamine and just under two pounds of cocaine.

The suspects are identified as 30-year-old Jesse Antillon and 27-year-old Fabian Estrada-Antillon. The traffic stop also occurred on I-17, north of the Cordes Lakes Junction. Again, K9 Elliot was involved and detected a narcotic odor around the front door of the vehicle, a Maroon Ford truck.

Deputies found a most of the drugs behind the door panel.