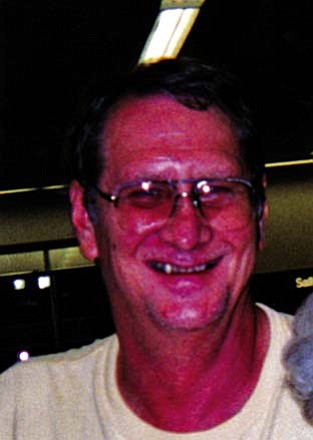 Terry Carlson was a gentle giant who was born in Joliet, Illinois, on June 15, 1945.

He passed away from pancreatic cancer on August 14, 2010 at the age of 65 in Cottonwood, Arizona, surrounded by his family. He is survived by his beloved wife, Maureen (Manley) of 41 years and two sons, Bob (Dawn) of Grand Rapids, Minnesota; Aaron of Bloomington, Minnesota, grandchildren: Cassidy and Brody, brother: Richard (Kathy), Jerry and Dorothy, John, Kevin and Lori, Eileen and Don, Peggy and Ralph, Colleen and Joe, and numerous nieces and nephews.

Terry was preceded in death by parents Stanley and Margaret and daughter Christine.

He worked as an aircraft mechanic for 37 years.

Terry and Maureen retired to Cottonwood, Arizona in 2005.

He was whole-heartedly involved in his children’s sports, scouting, traveling, shooting and was a lifetime member of the NRA.

Terry was a loving husband, amazing father, incredible B-Paw, and a friend to all who met him.

In lieu of flowers, memorials can be made in Terry’s name to the American Cancer Society. Information provided by family members.