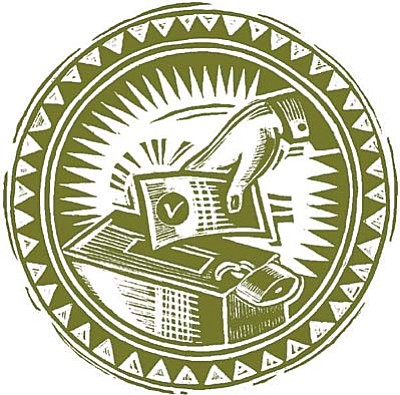 PHOENIX -- Both political parties narrowed down the list of who they hope will serve on the Arizona Corporation Commission for the next four years.

Early results show Republicans chose incumbent Gary Pierce and former state Sen. Brenda Burns for the two open seats. That left Barry Wong, who caused a stir by suggesting that utilities deny services to illegal immigrants, out of the running.

The race between the Democrats, however, showed a close race among Jorge Garcia, David Bradley and Renz Jennings.

Hanging in the balance could be political control of the commission which has been in Republican hands since the 1996 election. It currently has a 3-2 GOP makeup.

Republican Kris Mayes, who chairs the panel, cannot seek another term. Pierce, however, wants another four years in the office.

Much of the general election campaign is likely to revolve around who is more committed to the idea of forcing utilities to rely more on "renewable' sources of energy.

Jennings said the ideas go back to the days when he was on the commission. But the current policy of requiring utilities to purchase 15 percent of their power from alternative sources actually was put in place while Republicans had control of the five-member panel.

Despite that, Jennings insisted that Pierce and fellow Republican Bob Stump have been "squishy' on the policy.

But the Republicans all have insisted they intend to maintain -- and possibly accelerate -- the goal.

Less clear, though, is what may qualify as "renewable.'

Some Republicans say the way to reduce dependence on coal and natural gas, both of which cause "greenhouse gases,' is to expand the state's reliance on nuclear generation. That concept, though, is generally opposed by Democrats.

Retention and expansion of the renewable energy standard is only one issue the new commission may face. Regulators continue to wrestle with the question of how much "free' wire electric companies should provide for new homes and developments built away from existing power lines.

Until several years ago, it used to be 1,000 feet, at least for customers of Arizona Public Service. Tucson Electric Power gave 500 feet of free line.

That all disappeared when the Arizona Corporation Commission dropped those requirements as part of the utilities' rate agreements. Regulators said it was not fair for other ratepayers to subsidize new development.

But now the commission is revisiting the subject.

The biggest story to come out of the primary races was when Wong said he would enact rules requiring utility customers to prove they are in this country legally to get electricity, gas, water and phone service. Wong said the commission has a role in combatting illegal immigration.

None of the other candidates from either party supported that idea.