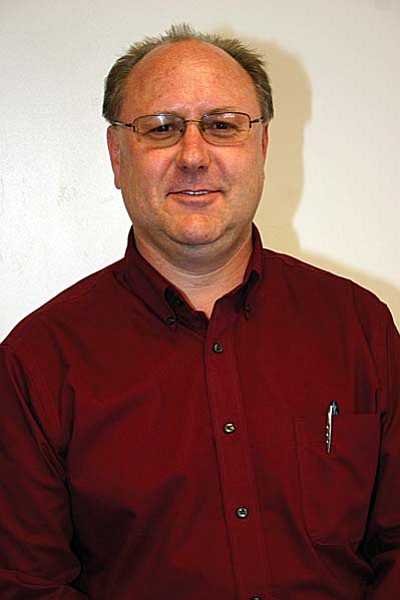 Mingus Business Manager Kirk Waddle: “We had no noticeable affect from 1070. What we are seeing is many students that are sophomores and juniors moving here for the fine arts (music, drama, choir and art).”

VERDE VALLEY - Arizona's controversial immigration law SB 1070 seems to have had some effect on the enrollment populations at a couple of local school districts. The extent of the bill's impact, however, is not clear.

Whatever influence 1070 has had on enrollment numbers, it is only one of several factors affecting school districts. The job market, housing market and loss of all-day kindergarten are all putting pressure on local schools' enrollment numbers.

"Any impact we had from 1070 occurred last spring," said Kathleen Fleenor, superintendent of Clarkdale-Jerome School. "We had some ELL (English language learner) families leave in late April and May. The families that left stated they were moving to another state or going back to Mexico."

Fleenor said her school's enrollment is up 51 students over last year. She says there are a number of factors. One is that, due to lower prices, some homes in Mountain Gate Subdivision have sold, and that has brought in some new families to the district.

Another factor identified by Fleenor is that some new students have enrolled from out of district because Clarkdale-Jerome still has all-day kindergarten.

"We currently have three grades that are now closed to out-of-district enrollment according to set classroom capacity," Fleenor said.

Things aren't as clear at Cottonwood-Oak Creek School District. Figuring a district's enrollment numbers during the first few days of a new school year is more of a moving target than it is simple math.

Superintendent Barbara U'Ren is looking at numbers from five campuses to get a handle on her district's start of year enrollment.

That figure is not entirely a surprise. She said the district knew it was losing its large eighth-grade class last year to Mingus Union High School this year.

U'Ren doesn't think C-OC lost many students because of discontinuing all-day kindergarten. But she does believe 1070 may be having an impact.

As an example, she said that Dr. Daniel Bright School has 37 ELL students enrolled at this time. That's about half the number the school had enrolled last year. She said the district also lost some ELL students last spring.

Given the complexity of getting dead-on numbers this early in the year, U'Ren does know some facts about her district's early enrollment. "Overall, we had 81 students move out of the Verde Valley," she said. There are several factors behind that number. Among other things, SB 1070, home foreclosures and job losses in the construction industry all have forced families out of the area.

U'Ren said about 40 students transferred to neighboring districts. She said that number also is affected by several causes, including job loss, job change, loss of transportation and families moving in with other family members.

C-OC also had about 35 kids transfer to charter schools, but U'Ren said that is always a "push" because the district picks up about the same number transferring in from charter schools.

Although U'Ren says the state put many districts in a bad situation by eliminating funding for all-day kindergarten, C-OC will, after Labor Day, begin providing lunch and mid-day transportation for kindergarten students.

Regardless of school funding and enrollment, a new school year has started. "We're up. We're ready to go," U'Ren said. "My teachers are so motivated. They are so ready."

"We had no noticeable affect from 1070," he said. "What we are seeing is many students that are sophomores and juniors moving here for the fine arts (music, drama, choir and art)."

Waddle said the district added an additional art teacher and also added a section of digital media to accommodate students interested in these areas.