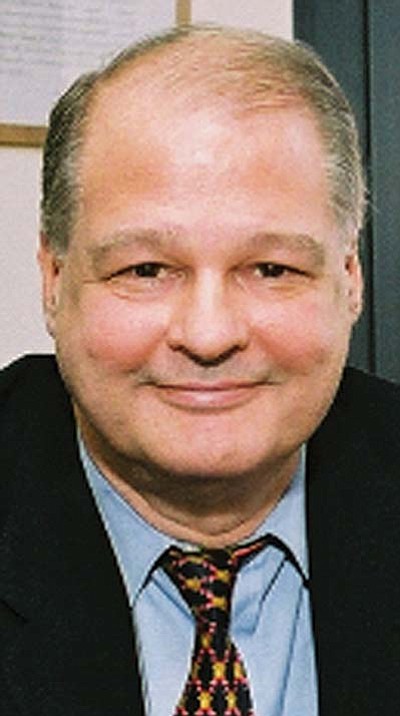 With all of Maricopa County's ballot now counted, Horne late Saturday had an 853 vote lead over Andrew Thomas. And Thomas, the former Maricopa County attorney, was depending on the last of the uncounted ballots in the state's largest county, where he beat Horne, to carry him over the top.

Calls to the Thomas campaign Saturday night were not immediately returned. But Horne, who had not heard from Thomas, said that's irrelevant.

Horne said there are only about 3,000 "provisional' ballots left to be counted in the entire state from Mohave, Pinal, Yavapai, Apache and Coconino counties. He said that, given the results already reported from those counties, those final ballots should break about half and half.

Even if they do not, Horne said, it is doubtful that Thomas could make up that 853-vote deficit with what is left.

Barring some unusual turn of events, that means Horne, currently the state school superintendent, will face off in November against Democrat Felecia Rotellini. She is a former assistant attorney general and was the superintendent of the Department of Financial Institutions in the Napolitano administration.

She won a three-way battle to gain the Democratic nomination.

The race between Thomas and Horne was one of the nastiest in recent history.

Thomas openly accused Horne of being a "con man,' the result of a settlement he signed years ago with the Securities and Exchange Commission admitted he wilfully violated the agency's regulations. He also faulted Horne for failing to report a bankruptcy as required by state law.

Horne, in turn, pointed to the investigation the State Bar of Arizona is conducting against Thomas over whether he misused his power as county attorney to pursue political foes.

Republicans hold the edge in voter registration in Arizona. But prior elections have shown that divisive Republican primaries in the attorney general's race can result in the office going to a Democrat.

That's what happened in the 1998 battle when John Kaites said Tom McGovern "has a record, not as a prosecutor but as a criminal'

based on a marijuana arrest 15 years earlier, an arrest that was never prosecuted. It even included a TV commercial with a photo of McGovern that was doctored to show him behind bars and with a beard.

But Kaites subsequently admitted to Capitol Media Services that he "tried' marijuana while in high school. McGovern won the primary, only to lose to Democrat Janet Napolitano.