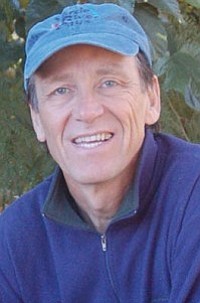 The Old Town Center for the Arts presents legendary seedsman Bill McDorman, president of Seeds Trust, Thursday, Dec. 16, 7-9 p.m. at Fifth and Main in Cottonwood. Admission is $12 in advance. In this unique presentation, Bill will address consumer concerns about genetically modified seeds and the take over of our food system.

Ten companies own 67 percent of the world's seeds as of 2008. Diversity is disappearing by as much as 80 percent. The use of hybrid seeds is now prevalent in even third world countries.

Bill will present an overview of the world seed situation and the companies involved. He will engender his audience to think seeds first, as a way to re-create the genetic foundation for a truly sustainable agriculture. Bill will inspire his audience to rejoin the ancient ritual of seed saving. Every participant will receive a packet of seeds suited to regional adaptation. By growing out and selecting for the characteristics that work in the Verde Valley including hardiness, disease resistance and flavor, an area strengthens its diversity. And as we all know, the strength of any ecosystem is its diversity.

This summer Bill and his wife Belle Starr traveled to 13 different cities in California, Colorado and Idaho presenting 17 lectures from the Berkeley Ecology Center to Denver Botanic Gardens. The Going to Seed Summer Revival Tour was amazingly successful. "I had no idea," "So much of this is unbelievable," "You may have just changed my life forever," were some of the comments heard by attendees. Now the couple is bringing the message home to the Verde Valley.

In 1989, Bill traveled behind the Iron Curtain on a horticultural and botanical garden tour. At the time, Seeds Trust was incorporated as High Altitude Gardens. With the globalization of the seed market and virtually no area left untouched by hybrid American seeds, Bill's hope was to find some remarkable open-pollinated, cold-tolerant varieties in Russia and he did.

The stories from Siberia are rich and engaging. Bill was personally handed the seeds to many treasures. Some gardeners graciously provided him seeds under severe penalty. All who gifted him with these heirloom beauties accompanied their offerings with words of peace. It was a profound experience and provided the world with tomatoes never before seen or tasted. Bill's company has made those seeds available since that historical journey.

At the Old Town Center for the Arts, Bill will passionately share his experience from Siberia with amazing slides (powerpoint) and stories. He will also recount the early days of his non-profit in Missoula, Montana when it became clear someone needed to save the heirloom seeds rapidly disappearing. That became the genesis for the companies Bill went on to develop.

Other topics of discussion include: the terminator gene, hybrids, heirloom seeds and the importance of diversity.

Bill is one of the most knowledgeable people in the field. He has a degree in philosophy and weaves historical and philosophical perspectives into his lectures.

In the end, Bill and others would argue food grown from seeds selected, saved and planted locally just tastes better.

Tickets are $12 in advance and $15 at the door. Purchase them online at: www.showtix4u.com in Cottonwood at La Bella Cafe, Desert Dancer, Jerona Java Café and in Sedona at Crystal Magic and Golden Word.