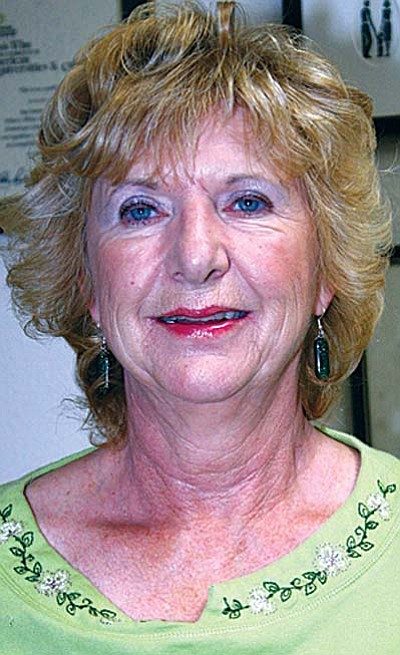 CLARKDALE - The Office of the Auditor General recently completed an intensive, six-month audit of the Clarkdale-Jerome School District's student achievement and fiscal responsibility. The audit compared the district to a group of nine peer districts similar in size, type and location. The audit also compared Clarkdale-Jerome to state averages.

In the Auditor General's report to the Governor and State Legislature, Clarkdale-Jerome's performance audit was summarized as: "Student achievement much higher than peer districts' and state averages," and "District operates efficiently with costs much lower than peer districts."

District Superintendent Kathleen Fleenor said she is very pleased with the performance audit. "The audit was very intensive and takes six months," she said. "We are pleased that they recognized not only our high student achievement but also recognized the efforts that the district makes to put more funds into the classrooms for students."

On student achievement, the audit stated: "In fiscal year 2009, 88 percent of the district's students met or exceeded state standards in math, 85 percent in reading, and 86 percent in writing. These scores were much higher than both the peer districts' and the state averages for each area, and were among the highest in the state. The district's one school also met Adequate Yearly Progress for the federal No Child Left Behind Act."

Fleenor said school districts rarely are judged against comparable districts. "Having this extensive performance audit and having such a positive report from the Arizona Auditor General validates our efforts to provide the best education possible for our stakeholders, our students and our community.

"In these tough times for funding for education, it is always a big boost to get such positive news," Fleenor said.

The audit also found that the district's "expenditure process lacked adequate review" for accounts payable and payroll. "Although no improper transactions were detected in the sample auditors reviewed, these poor controls exposed the district to increased risk," stated Auditor General Debbie Davenport in her report to the Arizona Legislature.

In her response to Davenport, Fleenor indicated that the district is making the changes to correct improper transactions that were recommended by the audit report.