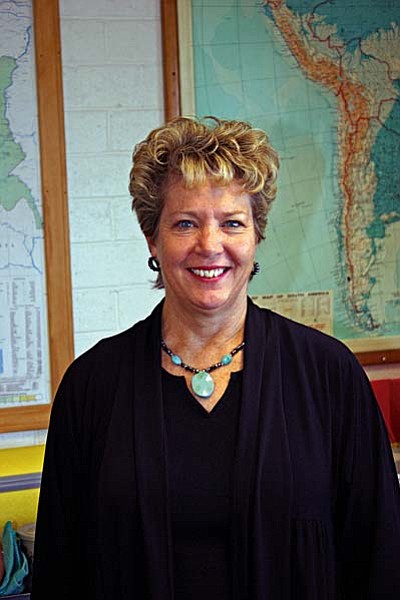 COTTONWOOD - After nearly being scrapped last year because of violence near Caborca, Mexico, the Hands Across the Border exchange program at Cottonwood Middle School is back on. Twenty-three kids from Caborca will arrive in Cottonwood Feb. 11. Then the same number of CMS kids will go there in April.

"They come in February," Gonzalez said, "so we can play in the snow. Most of them have never seen snow.

"We go down in April because it's warm enough to go to the beach," she said. Each year there are a few CMS students who have never seen the ocean.

The exchange program was interrupted last year. The Caborca students came here in February, as always. But in April - at nearly the last minute - the trip to Mexico for the CMS students was cancelled.

C-OC Superintendent Barbara U'Ren told The Verde Independent last year that the day before the trip school officials heard there had been violence between drug cartels and the police not far from Caborca.

"There was actual violence," Gonzalez said. She explained that the violence had occurred about 30 miles from Caborca.

Gonzalez, however, didn't give up on the program. She stayed in contact with program coordinators both in Mexico and Arizona. She held parent meetings, and she kept trying to win the support of school district administrators. That was not an easy sell.

"I still had kids that said they'd go," Gonzalez said. "I kept pushing for it."

Each year in November, parents of the CMS students go to Caborca. "We always have the adult trip first," Gonzalez said. So that trip was scheduled this year. It followed a visit in Cottonwood by the parents from Caborca in October.

Gonzalez said the Caborca parents talked about what was going on down there, and they felt it was safe for the CMS students to visit.

So the CMS parents went down in November to see for themselves. "They felt totally comfortable," Gonzalez said.

The exchange program has been resurrected. Even so, the situation in and around Caborca is being carefully monitored.

"We've said if something happens, even the night before, we won't go," Gonzalez said. She explained that alternate plans have been discussed. If the CMS students cannot go on their half of the exchange program, they will meet the Caborca students at Organ Pipe Cactus National Monument along the US/Mexican border.