Mingus board moves ahead on unification
Vote was split 3 for unification, 2 against 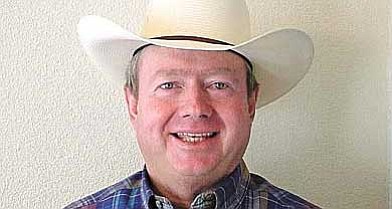 Board member Andy Groseta: "It's time now to make up our minds. I see it as an opportunity to do what's right for the kids.

COTTONWOOD - In a 3-2 split vote, the Mingus Union School Board voted Thursday night to form a resolution to proceed with the first steps toward unification with Cottonwood-Oak Creek School District. The C-0C board passed a similar resolution during its scheduled meeting Tuesday night.

Both boards have a built-in "trigger" in the resolution language that would allow them to back away from unification if the state fails to come up with funds for salary equalization. During a joint board meeting on unification a week ago, C-OC Superintendent Barbara U'Ren said that salary equalization would cost the new district $1 million the first year.

There has been a general consensus between both boards that unification likely won't happen without financial aid from the state. Administration members from both districts have met with State Sen. Steve Pierce (R) Dist. 1, and State Rep. Andy Tobin (R) Prescott to discuss unification. Pierce and Tobin were optimistic about the state helping the process with money for salary equalization.

MUHS Board President John Tavasci Jr. started off the discussion on the agenda item. "Moving forward with unification makes good sense," he said.

MUHS Superintendent Tim Foist said that any joining of forces between the districts must protect employees on both sides.

"C-OC salaries will never match ours unless there is a change in (the state's) formula," Foist said. He said state funds would probably not be triggered until 2012.

The boards have the option of pushing for unification to start in July 2010 or wait until July 2011. At this time, they are working on the 2010 timeframe.

Board member Jim Ledbetter opposes unification at this time. He said the districts cannot take short-term money to close a long-term gap. He said he likeS the idea of unification, but not under this funding mechanism.

Tavasci responded by saying the boards are smart enough not to get in that position.

Board member Mike Mulcaire made a motion to approve the resolution to study unification.

Board member Andy Groseta said this idea has been kicked around for years. "It's time now to make up our minds," he said. "I see it as an opportunity to do what's right for the kids.

"The state is going to have to bring a lot of money to the table," Groseta said. He said he believes there will be a cost savings through unification, but he wants the boards to have accurate numbers on what the savings would be.

"We need to approve this and let the 90 days tick," Groseta said.

Ledbetter and Brenda Zenan both voted against the resolution. Groseta, Tavasci and Mulcaire voted for it.