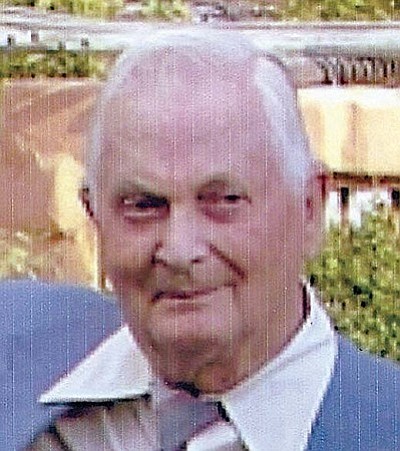 He served in the US Navy during WWII and was stationed most of his military career in Hawaii.

After the war he purchased a T-6 training plane that he flew for many years. He and his wife of 64 years, Susan, lived in Payson, moving there in 1980 from Washington. In Washington, he worked for the US Fish and Wildlife Management from 1947-1977 and then worked for two Native American tribal hatcheries from 1984-1987 and again in 1990-1993.

He belonged to the NRA and Kiwanis. He also was a member of the Experimental Aircraft Association. Flying truly was his passion.