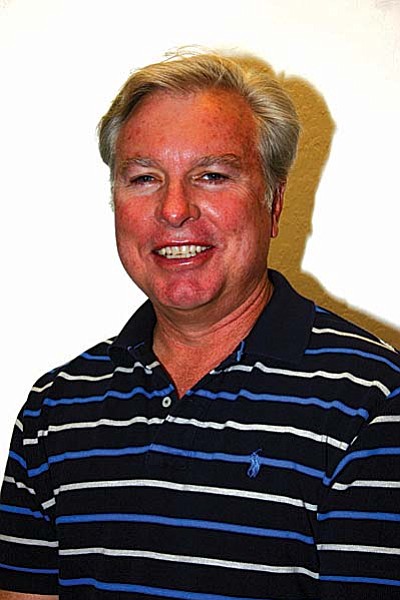 Cottonwood-Oak Creek School Board President Randy Garrison said Waddle’s comments were “beyond inappropriate ... I think it just leads to another example of the problems we’re having bringing these two districts together.”

Waddle further stated that the MUHS board had directed him to renegotiate the intergovernmental agreement for food service with C-OC to improve the "sub-par menu ... the sub-par service," and that MUHS took over the food service to meet national nutrition standards.

His comments were posted below an online story in The Verde Independent at verdenews.com. The story reported on a joint school board meeting between MUHS and C-OC to determine if the two districts would continue working toward unification.

Part of the story covered discussion of the IGA for food service provided by C-OC to MUHS. Mingus decided to hire its own director of food service and opt out of the IGA with C-OC. Board member James Ledbetter explained why MUHS dropped out of the IGA: "The administration came to us and said Cottonwood-Oak Creek no longer will provide food service."

In the same meeting, C-OC officials said that claim was not true.

In a phone interview Wednesday, Waddle, who did not attend the joint meeting, admitted that the MUHS board did not, in fact, give him direction to improve a "sub-par menu." He further agreed that the board did not have any information about the menu not meeting national food nutrition standards.

Instead, to support his online comments, Waddle gave a soft pretzel with cheese as an example of food not meeting nutrition standards. He said it was an item that showed up regularly as a vegetarian entrée. He said the pretzel does not meet standards because it is a starch without protein, which is required.

When told that C-OC has to have its menus approved by the state, Waddle said, "I can guarantee you that the pretzel wasn't on there if the menu was approved."

But Kristi Dupree, of the Arizona Department of Education nutrition department, said C-OC's menus are reviewed. "They are meeting their requirements," she said.

Dupree explained that menus must meet nutritional standards over a week's period of time. She said items such as pretzels are made by companies especially for the federal school lunch program.

According to the U.S. Dept. of Agriculture Food and Nutrition Service, the USDA does approve soft pretzels for ages 6 to 18. Several nutrition-fact websites such as nutritiondata.com show that pretzels, depending on size, typically have about 20 percent or more of the daily dietary requirement for protein.

None of the five MUHS board members present at the joint meeting last week mentioned sub-par service or a sub-par menu as a reason for taking over the district's food service program.

C-OC Board President Randall Garrison said when a school business manager is that aggressive in a public format, "It is beyond inappropriate." Garrison called Waddle's comments "slanderous."

"I think it just leads to another example of the problems we're having bringing these two districts together," Garrison said.

Garrison explained that C-OC was entering into a contract with a food service company. He said there are several reasons why the district decided to outsource the service, including adding an educational component. He said the district saw a lot of advantages to the move.

Barbara U'Ren, C-OC superintendent, also took exception to Waddle's comments. She said school lunch menus always are submitted to the state for approval before they are served to the students. "Our food service has to meet nutrition standards," she said.

MUHS Superintendent Tim Foist said he wanted to bring the food service in-house because, "We can make money, staff it ourselves and have a lot better product."

MUHS Board President John Tavasci said he did not remember any discussion about a sub-par menu. "This was a business decision," he said. "We felt that was in the best interest of Mingus."

Tavasci said he knows what a professional C-OC's food service director is. "I do not know if it was sub-par or not. I was never concerned with that."