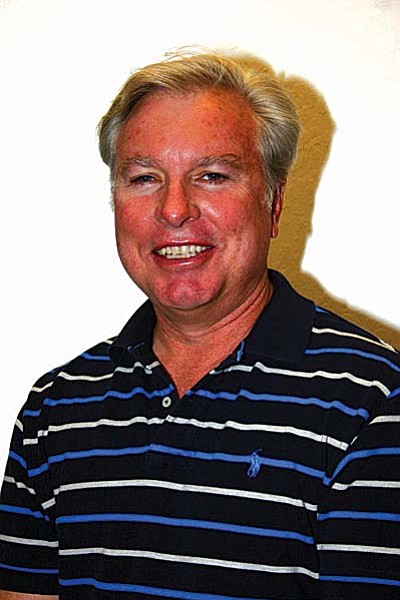 Board President Randall Garrison said that unification discussions started as two separate boards, but along the way they started working together. “Over the last couple of months it’s gone the other way,” he said. <br /><br /><!-- 1upcrlf2 -->“The (MUHS) administration has taken a very aggressive stance. I don’t know that I’m ready to take on that kind of a fight.”

COTTONWOOD - "Do we want to be part of the turmoil?" asked Cottonwood-Oak Creek District board member Eric Wyles. His question came Tuesday night during a board meeting and discussion on whether the district should pursue unification with Mingus Union High School District.

One more of many attempts over the years to unify the two school districts, the current attempt fell apart Tuesday. That the effort was in trouble became apparent during a joint board meeting June 24. MUHS Superintendent Tim Foist and business manager Kirk Waddle were absent during that meeting. The MUHS board was unaware of some things involving Foist. Those same issues - including a food service IGA and a third-party study of the two districts' administrations -- had caused considerable misunderstanding on the part of the C-OC board and administration as to what the intentions of the MUHS board and its administration were.

To make things worse, Waddle posted online comments under a Verde Independent story about the joint meeting and the discussion on the food service IGA. Those comments stated that C-OC had provided sub-par service and a sub-par menu that did not meet national food nutrition standards.

"I have reservations about unification," said C-OC board member Jason Finger during Tuesday night's discussion. He said the C-OC board has, throughout the unification discussions, always looked at what would be best for the students. "But I don't hear that from MUHS," Finger said. He said money seemed the only concern expressed by MUHS.

"Recently, the gulf is growing larger between the two districts," Wyles said. "I don't feel comfortable saying yes to unification."

Wyles said the two districts are not coming together. "We're losing shared services," he said.

"When Mingus decided not to renew the IGA on food service, they took a step away from unification," said Finger.

Board President Randall Garrison said that unification discussions started as two separate boards, but along the way they started working together. "Over the last couple of months it's gone the other way," he said.

"The (MUHS) administration has taken a very aggressive stance," Garrison said. "I don't know that I'm ready to take on that kind of a fight."

Garrison said that he thinks C-OC can do more for its students without unification. "At that last meeting (June 24), we should have been unified and we weren't. And it seems to be getting worse."

Board member Lori Simmons was the only C-OC board member willing to continue the process toward unification. "I want to fight for our kids, our teachers and our taxpayers," she said.

Simmons said MUHS pays its teachers $10,000 a year more than C-OC does. "We're losing teachers," she said. "I believe we could move forward with unification.

"It would force us to open the doors of communication," Simmons said.

Board member Janice Rollins said there was almost no communication from MUHS.

"I don't see it moving smoothly at this point," Rollins said. She said MUHS puts too much emphasis on sports and not academics.

Finger said the $600,000 in cost savings that had been presented early on in the process by Foist isn't real. "The figures we've been presented, I'm not buying them," he said.

Finger agreed that money would be saved through unification, but he questioned how much would be saved and if it would be worth it. He said both school districts' cultures are different.

Wyles said the $600,000 figure did not come from maintenance and operation.

After discussion, Wyles made a motion not to approve the resolution on the agenda that would further unification efforts. His motion also was for the board not to send out an information pamphlet to district taxpayers about unification. Wyles' motion was amended to specifically state that the C-OC board would no longer pursue unification with MUHS.

The vote was 4 to 1 to approve the motion to kill unification. Simmons was the only "no" vote.