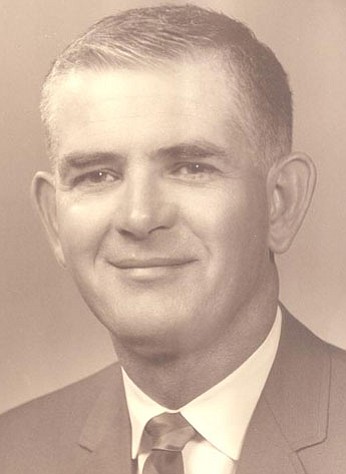 Hank Lloyd, a long time Northern Arizona resident, passed away peacefully on July 2, 2010 in Sedona, AZ. Hank was born on August 21, 1922 in Youngstown, Ohio, the second son of Albert and Margaret Lloyd. He and his wife Shirley were sweethearts at age 13 and have been married for 67 years. Hank served in the Marine Corps in World War 2, receiving the Purple Heart for combat injuries sustained on the island of Saipan. He moved to Flagstaff in 1946 to attend Arizona State College and received his EdD from Wayne State University in 1958. Hank was a Professor of Education at NAU from 1952 until retiring in 1980 and was a mentor to students and educators throughout Arizona. Hank was a beloved husband, father, grandfather, great-grandfather and a terrific friend to many.

He was an avid golfer, fisherman, bridge player, woodworker specializing in bird houses and did volunteer work at several hospitals. He was a strong man of great character and ethics and was caring, loving and generous to all. Hank is survived by Shirley, son Richard and his wife Eileen, sons David, Larry and Fred, 5 grandsons and 9 great-grandchildren. A memorial service for Hank will be held on Saturday, July 24, 2010, at 11:00 AM at the Westcott Chapel, 1013 E. Mingus Ave, Cottonwood, AZ. Contributions can be made in his memory to The Michael J. Fox Foundation for Parkinson's Research, Attn: Tribute Gifts, Church Street Station, PO Box 780, New York City, NY 10008-0780, or the Sedona Fire Fighters' Fund, 2860 Southwest Dr., Sedona, AZ 86336.