Best years of TV for you and me 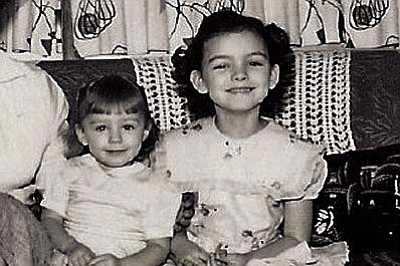 Try to remember those olden days, Boomers. Remember when television in most cities had just three or four channels? Remember when folks asked a family member – or hired a guy -- to climb onto the roof to position the antenna?

Remember when TV didn’t broadcast 24 hours a day? Remember what a “test pattern” looked like? Remember when you could adjust seven or eight knobs on the front of a black-and-white television (brightness, contrast, vertical and horizontal hold, etc.)?

We asked our contemporaries to tell us about shows they loved most. Here’s a sampling of what they said.

Several told us they watched westerns avidly. “Sky King, Roy and Dale…too many favorites,” M.F. remembered. “I used to draw down on Matt Dillon every week at the beginning of Gunsmoke. I also enjoyed Rawhide, Have Gun Will Travel, Maverick, and Wild, Wild West. The old-time cowboys bordered on the mythological, and the later ones – like Paladin or the Maverick brothers – were just too hip.”

“Two of my favorites were The Rifleman and Bonanza,” F.K. added.

“In elementary school,” noted J.D., “I watched The Lone Ranger and Bonanza.” Another Boomer remembered that she really liked Big Valley, and a male Boomer mentioned Wagon Train.

Animals played a big part on several westerns. For instance, Roy Rogers and Dale Evans had horses – Trigger and Buttermilk – and a dog, Bullet. And the Lone Ranger rode the trusty steed Silver, while his sidekick Tonto rode Scout.

Two horses – Fury and Mr. Ed – starred in their own shows. Is that cool, or what?

And speaking of animals, Lassie and Rin-Tin-Tin headlined their own programs, too. “We watched Lassie and Fury and Sky King every Saturday morning, and loved them,” P.M. recalled. “They made me cry because I was so afraid the horse, or the dog, or the people on Sky King’s plane would be hurt, and would not be on the show anymore.”

Not surprisingly, I Love Lucy rated at the top of the list for several Boomers. Today, over 50 years after the series premiered, Lucille Ball is still one of the most recognized faces on earth. “It was my favorite show through all those years, and through all the years since,” said D.J. “I would still rather watch it instead of any regular show on television today.”

“I watched That Girl – with Marlo Thomas – and M.A.S.H. My tastes became more in line with current cultural changes as I grew older,” said J.D.

“M.A.S.H. was a perfect blend of some of the funniest dialog and some of the most poignant drama,” remembered E.A. “It didn’t show much of the violent aspects of the war. That part was implied or quickly shown, so that they could focus on the emotional aspects of the war and how humor was – and is – an excellent source of release in tense situations. I loved Klinger and Frank Burns for their humor.”

“M.A.S.H. remains a classic,” agreed A.T. “I watched reruns over and over with my Mom and Dad, and still find myself drawn in as I’m cruising through hundreds of cable channels.”

“I liked the Adventures of Ozzie and Harriet,” said R.S. “And Batman…what an escape from the reality of high school!”

“My favorite show for several years was Leave It To Beaver,” an older Boomer recalled. “The classic character was Eddie Haskell, Wally’s friend. I think most of us remember kids like that who were generally causing trouble, but acted super-polite around adults.”

One Boomer said that “Father Knows Best seemed to capture what was ideal about 1950’s America. It told the story of a happy middle-class family with three children living in a lovely town.”

Commented T.C., a younger Boomer: “The Partridge family…I loved the music and the family dynamics.”

Another younger Boomer, T.S. remembered “during elementary school, I enjoyed The Brady Bunch. I thought the older kids were so cool, and they got into the funniest situations.”

Also getting positive mentions were My Three Sons, The Andy Griffith Show, Gilligan’s Island, The Monkees, The Beverly Hillbillies, and Gomer Pyle, U.S.M.C.

A primetime weekly cartoon also got good ratings. “The Flintstones was on Friday night, my favorite night of the week,” said R.H. Speaking of cartoons…several people voted for popular series like Crusader Rabbit, Mighty Mouse, Loony Tunes, and Felix the Cat.

Puppet series like Howdy Doody and Johnny Jupiter received votes, too, as did the television reruns of the old movie shorts The Three Stooges and The Little Rascals.

“My buddies would spend the night over at my house,” said S.P. “We’d watch Twilight Zone, sneak out of the house, and get kind of creeped out walking around in the dark.”

“During junior high and high school,” T.S. said, “I remember I couldn’t wait to get home to watch Dark Shadows. It was a spooky soap opera, and it had an element of being something I shouldn’t watch because it was scary, along with a curiosity about the vampire life. I miss it!”

Said R.R.: “I think the original Twilight Zone series – and maybe The Outer Limits – came along about the time I was in junior high school, and Star Trek began during my senior year. Star Trek in all its incarnations has stayed with me until this day as my first love.

“In college I always dashed home in time to see Dark Shadows…daytime soaps with a vampire touch!”

When it came to mysteries and detective series, Perry Mason, Highway Patrol, and Dragnet were remembered well. Noted S.W.: “As Joe Friday of Dragnet said, ‘just the facts, ma’am.’”

These shows of the 1950’s and 1960’s were perhaps the most popular on television. The one gathering the most votes in our survey was the Sunday evening Ed Sullivan Show.

“In junior high,” said P.M., “our family would watch Ed Sullivan and Jackie Gleason along with Your Hit Parade and the start of American Bandstand. My siblings and I would laugh and dance and make believe we would one day be on television.

“My family all joined in on Sunday night for the next newest star introduced on Ed Sullivan. We had a black-and-white TV before I was ten years old, and the newspaper came out to our neighborhood and took our picture since we were the first ones on our block to get a TV. All the neighborhood kids came to watch it.”

Formats for shows like Sullivan’s included a great mix of current music, comedy, opera or Broadway tunes, perhaps puppets, a magic, juggling, or acrobatic act, maybe even a dramatic reading. And, Sullivan often introduced celebrities in the studio audience. Most of the acts were short, running about four to six minutes each.

“The show offered something for every family member, from children to old people,” one Boomer marveled.

Perhaps the most popular afternoon show for Boomers was The Mickey Mouse Club. It originally aired for the first time in 1955-1959, and was revived with different casts in the 1970’s and 1990’s.

“My favorite TV show, for sure, was The Mickey Mouse Club,” said A.M. The show offered comedy, music, cartoons, a newsreel, and kids with special talents.

Each day of the week had a different theme. “I liked Wednesday,” S.W. remembered, “which was ‘Anything Can Happen Day.’” Monday offered fun with music. Tuesday featured a guest star. Thursday was circus day, and Friday presented a talent round-up.

We want to give you a brief look at the top shows that ran during the middle years of both the 1950’s and 1960’s. Here they are:

Most memorable day of a Boomer's life?
Boomer kids tell us about an 'average day'
Rags, wheels, and other teen trends
Favorite games and toys for girls and boys
2011: Movie favorites: Just pop culture, or our generation's true beliefs?
Event Calendar