Rags, wheels, and other teen trends 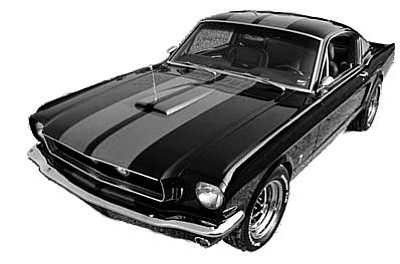 In the beginning – at least in OUR beginnings – there was a dress code. Elders wore work and dress clothes prescribed by society. A medical professional wore a certain apparel…a businessman wore another.

This continued throughout most of the 1950’s. Then something happened, actually even before the oldest Baby Boomers came of age. Teen guys began to grow their hair a little longer, and mix tee-shirts with blue jeans and leather jackets to create a “rebellious look.”

Some claim Elvis or James Dean or Marlon Brando started the look. Others blamed everything on that new music, rock-and-roll.

But by the time the first Boomers landed on high school soil, teens had adopted a specific look, jargon-laden language, and unique preferences for everything from cars to cafés.

“What I remember are hot pants and hot polyester,” J.H. laughs.

“I remember those mid-60’s oxford cloth button-down collar shirts,” said one Boomer. “Also, there was a lot of madras, and – for shoes – loafers.”

“Bleeding madras shirts,” echos R.R. “Even madras swim trunks, which were outlawed because they bled in the swimming pools. Paisley prints were also popular.”

“Now, we’ve seen a resurgence of paisley and bleeding madras plaid…probably people our age in the clothing industry recycling things we liked when we were kids.”

“Madras, madras, madras,” said G.M. “I also succumbed to frosting my hair in college, like all my sorority sisters.”

“There was lots of big hair on girls,” laughed K.L., referring to sprayed-and-teased hairstyles. “Also, there were mini-skirts in the 1960’s, and clothing looks copied from teens who appeared on American Bandstand.”

“In high school,” P.M. recalled, “girls still had to wear dresses or skirts to class. We wore socks and penny loafer shoes with them. Every girl wanted loafers.

“In college, times began to change to a ‘flower child’ era, and those clothes were wild, with bright colors and great color combinations.

“The skirts just got shorter and shorter, and the pants became hip-huggers with bell-bottom cuffs.”

“I remember mini-skirts, and all the psychedelic colors and clothes. What a fun time to go to school,” J.D. said.

“There was one movement that flourished when I was 14 or 15 that I utterly detested, and still do,” said one younger Boomer. “I had friends who lived or died by ‘The Preppy Handbook,’ including a friend since kindergarten who embraced the style so wholeheartedly that I still refer to her as ‘lotta plaid Suzie.’

“Loafer shoes, khakis, madras shorts and skirts, polo shirts, and the eponymous navy blazer. One dear friend had a much-envied pair of moccasin-style shoes in pink and lime green that won her the title of ‘Preppiest Girl on Campus’ our freshman year.

“My answer to this? Shopping for camouflage pants at a nearby surplus store.”

“Anything preppy,” said T.C., another younger Boomer. “I also remember fashions from the movie ‘Flashdance’ when we were in college.”

Oxford cloth, button-down collar shirts, madras shirts, walking shorts, and windbreakers, and penny loafers were named as the informal school “uniform” of the early and mid-1960’s. “There was clothing sameness among our peers,” said D.J.

“I remember wearing washed-out Levi’s, white athletic socks with black loafers – which never had taps – and going to either a drive-in hamburger place or drive-in movie looking cool,” said A.L.

“I never cared much for fads,” added L.H., “but I did enjoy wearing the Navy pea jacket I bought at the Army surplus store.”

“Guy clothes changed big-time in the late 1960’s and early 1970’s,” noted another older Boomer. “We wore older jeans, more tee-shirts, more wild prints and wide, open-collared shirts,” W.R. said. “We wore more boots and moccasins, or loafers without socks. We went for more of a ‘grubby but cool’ appearance.”

“Three movies influenced clothing in my teen years,” said D.L., a younger Boomer. The first was John Travolta in ‘Saturday Night Fever’ when I was in middle school. Then the big one, John Travolta in ‘Urban Cowboy’ in 1981.

“Then, in college, we revisited the 1978 classic movie ‘Animal House’ with John Belushi when I joined a fraternity in 1984.”

“I loved my 1967 Camaro 327,” remembered E.A. “Those cars were all the rage, and I kept it until I got a 1973 Mercury Capri. It’s interesting that I keep cars longer now than I did back in my early single working days.”

“Remarkably, one of my favorite fads is still around,” added F.K. “It’s stereo – not monaural – music.”

“Did anybody mention the Hula Hoop, dancing the Twist, and Mod clothing?” asked R.H. “Those were major fads.” Mod clothing, you may remember, was inspired by popular British music groups who dominated American music in the mid-1960’s.

“It would be hard to overestimate the influence of rock ‘n roll,” added another older Boomer. “There was also a big transition in dancing for us, from ballroom dance classes to the Twist.”

“Did anybody mention hair bleaching?” asked A.V. “That was big for both girls and boys. “I got my hair bleached the day before my grandfather’s funeral. Sorry, Mom.”

2. Longer hair – perhaps copied from the style of 1950’s rock-and-rollers or from popular British rock groups – became a generational standard and a protest against early 1960’s conformity.

3. Car styles changed drastically from year to year, and were wisely marketed to this country’s largest generation. During those decades, most teens and young adults chose American cars.

4. In the midst of the “hippie” decade there was a return to the “preppie” look, which utilized many styles of the 1950’s and early 1960’s. From that time forward, clothing choices became more individually taste-regulated then prescribed by society.

5. Many Boomers who expressed the most visible and liberal lifestyle changes in early adulthood have become the most conservative in raising their own children.

Favorite games and toys for girls and boys
Best years of TV for you and me
Most memorable day of a Boomer's life?
Seven things a bunch of us share
Boomer kids tell us about an 'average day'
Event Calendar