'What do you want to be when you grow up?' 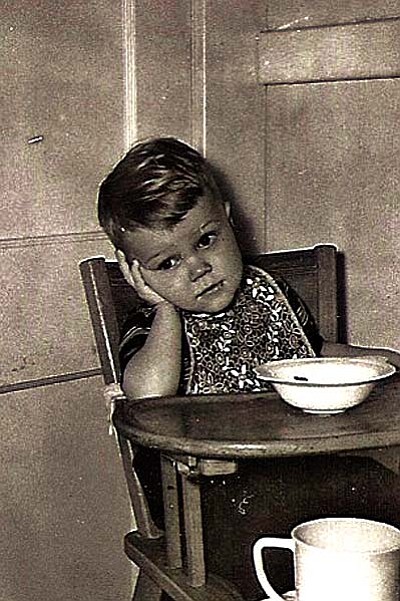 Teachers used to ask me this all the time. How about you?

Times have changed considerably since the 1960’s and 1970’s. Women’s and men’s roles have been altered and redefined.

My wife – who became an English teacher -- remembers talking with her parents about four traditional “female” alternatives: teacher, nurse, flight attendant, and – since she had learned foreign languages – an interpreter at the United Nations.

One Boomer said she originally aspired to several of the careers just mentioned. “I fell into a delightful set of books about a nurse named Cherry Ames,” she reminisced. “I just knew what I wanted to be when I grew up. I really wanted to be a nurse…until I watched my Dad gut and scale the newest catch of perch on the back steps. That pretty much did it for my nursing career.

“Then I fell head over heels with the idea of being an airline stewardess, as it was called in those days. But I never grew over the minimum height of 5’2”. I still love airports and aviation to this day.

“After that, I thought it would be interesting to learn different languages and work as an interpreter at the U.N., or perhaps work in an American embassy abroad. However, when it came down to actually learning the languages, I realized I was doing good to master my own Texas language…and that was that.”

“I wanted to be a flight attendant,” recalled D.S., “because it meant traveling to exotic places which I had never done. I had never flown in an airplane.”

“A movie star!” exclaimed M.F. “Go figure…me the tomboy! I always wished that people would say I looked like Marilyn Monroe. But almost everyone who said ‘You look like…’ would end the sentence with ‘Hayley Mills.’”

“When I was in 6th grade,” P.M. related, “the school gave polio shots in the nurse’s office to all the kids. The doctor asked for a volunteer to wipe the student’s arm down with alcohol, and then he administered the shot. I volunteered, and loved doing it, and just knew I would be a nurse. As I got older, I changed my mind on that.”

“I wanted to be a writer,” said T.C., “because using words was something I was good at. Of course, I had no understanding of writing except as a fiction writer, which seemed like a whole lot of work. When I discovered journalism in high school, it was a great revelation! I could write every day and get paid for it.”

Said K.L.: “I wanted to be a Broadway actress, singing and dancing. Why? Because I was in elementary school, and had no clue.”

A.T. had a slightly different dream. “I wanted to be a marine biologist, even though I was from a land-locked region. I loved to swim and loved the beach, and thought marine biology was the next best thing to being a mermaid.”

“Believe it or not,” M.H. noted, “I wanted to write songs. I actually wrote two in elementary school, and the teacher taught them to the class. Was I ever hot stuff!”

“I wanted to be a detective,” J.D. told us, “because I loved Nancy Drew books.”

What about the guys?

This writer – a skinny, weak city boy – wanted to be either a cowboy, Superman, or a professional athlete. I realized by age nine that none of these were viable options.

D.L. said he wanted to be “a soldier or FBI man. I was patriotic, and loved watching John Wayne war movies with my Dad. Playing for the Dallas Cowboys was ruled out because I sensed I needed athletic ability and size.”

“I wanted to be a pro football quarterback,” said R. L. “Why? Because the good-looking girls loved the quarterback.”

D.C. cast another vote for sports, as a “pro basketball player.”

“I honestly don’t remember,” said R.S. “But I had a big interest in music, and had a dream of leading a jazz band.”

No matter what we wanted to be at age ten, huge numbers of us sensed we needed education…and lots of it.

Boomers, who grew up in a time of emerging prosperity, were apparently convinced that more education led to more opportunity.

1. In their early years, many Boomer women felt that job choices were limited. After education and additional training, they’ve moved into a multitude of careers which were traditionally considered men’s jobs.

2. During pre-teen years, many Boomers considered high-profile careers in professional sports or entertainment. Boomers were the first generation whose childhoods centered around television, where they constantly saw sports and entertainment programs.

3. Several people told us that – even in their middle years – career change is still possible and, in some cases, probable.

4. And…what about the distant future? As a generation that’s constantly adapted to change, we may redefine geriatric living and professional life too. Already, many of us now work at home, where we can stay connected to our offices through cell phones and the Internet.

“I wanted to be a Broadway actress, singing and dancing. Why? Because I was in elementary school, and had no clue.”
Report a Typo Contact
Sign up for our e-News Alerts
Most Read
7 days
30 days

2011: Movie favorites: Just pop culture, or our generation's true beliefs?
Best years of TV for you and me
Rags, wheels, and other teen trends
Most memorable day of a Boomer's life?
How should we prepare to face the future?
Event Calendar