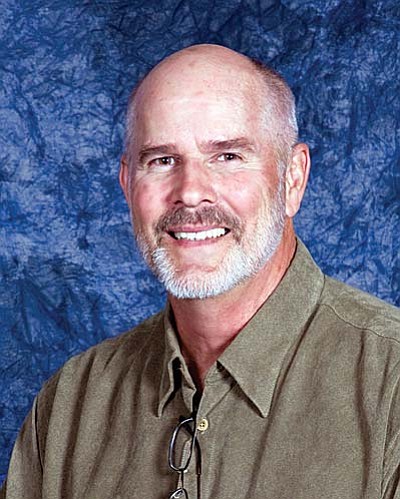 Von Gausig: “The basic concept is to have a benign occupancy for the land, one that expands public uses and environmental health, rather than one that degrades it, as residences on that parcel would.”

Von Gausig points out that the property in question is owned by Freeport-McMoRan Copper and Gold (formerly Phelps-Dodge). He states that the 997-acre parcel (Verde Valley Ranch) surrounding Peck's Lake and adjacent to Tuzigoot's boundary is subject to a development agreement. That agreement allows 900 homes and 11 miles of roads and would create more than 5,000 vehicle trips each day across Tuzigoot Bridge. He said it is estimated that water use in such a residential development would be about 207,000 gallons per day.

In an email response Tuesday to The Verde Independent, Von Gausig said Freeport-McMoRan has not, as of yet, offered to sell or donate any of the land in question to the Town of Clarkdale or the Sustainability Park. He said the company has had a proposal from Clarkdale for several months but has not responded.

Von Gausig said, "The basic concept is to have a benign occupancy for the land, one that expands public uses and environmental health, rather than one that degrades it, as residences on that parcel would."

He said there is no plan to have both the Sustainability Park and a residential development on the same parcel.

"The footprint, both physical and environmental, of the Clarkdale Sustainability Park would be far less than the footprint of the planned and approved development," Von Gausig said.

He said if the National Park Service wants to keep the parcel unoccupied, it would need to proceed with the purchase or other conversion of the property from private to public.

"It is private development land, and unless we change that basic fact, the future of the property is more uncertain than it is if the Clarkdale Sustainability Park is there," Von Gausig said.

He said Clarkdale would heartily endorse any effort to convert the parcel to public park lands. "We would consider that the optimal outcome," Von Gausig said. "The Clarkdale Sustainability Park is a means to that end when no other mechanism has been successful in effecting that change."