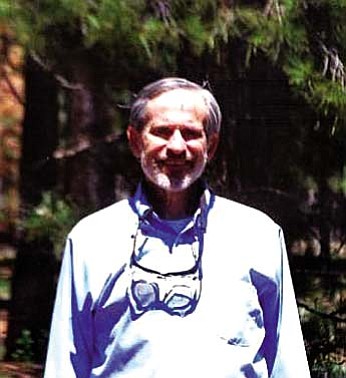 Dr. Jay S. Fleishman, 69, of Cottonwood, retired pathologist, committed to education, student and teacher of the sciences, dedicated community volunteer and respecter of nature, died July 19 after a short battle with cancer.

Jay was born in Chicago, Illinois and grew up in Akron, Ohio. His interest in pathology was sparked by his work in a hospital clinical lab in high school. Dr. Fleishman went on to earn two degrees from the University of Akron, a bachelor in science and masters in human genetics. He received his medical degree at Indiana University Medical School.

Jay served his country during the Vietnam War in the Air Force obtaining the rank of Major.

He moved to Tucson in 1976 where he was a hospital staff member and went on to serve as president of the hospital’s medical staff. Jay served on the board of the American Red Cross while in Tucson.

While at Verde Valley Medical Center he helped Dr. Mikles, Karen Fanning and others establish an award winning medical library at the hospital.

He served as parliamentarian for the Arizona Medical Association and as president of the Bradshaw Mountain Parliamentarian Club. He taught chemistry courses at Yavapai College.

Jay’s devotion to volunteerism was inspired by his parents. The Maurice and Blanche Fleishman Foundation was created to help students earn their degrees. Scholarships are presented every year.

His devotion to his community through volunteering included the Clarkdale-Verde Kiwanis Club, the Astronomy Club, the Yavapai College Foundation, Friends of Cottonwood, the Cottonwood Community Gardens (he was a Master Gardener) and serving on the Cottonwood Library Board for many years among others.

His curiosity about science, nature and psychology continued until his passing.

A memorial service to honor his life will be held Wednesday July 28 in the Westcott Funeral Home at 3 PM. A cookie and punch reception will follow in the funeral home reception area.

In lieu of flowers, donations in his memory may be made to the Maurice and Blanche Fleishman Foundation c/o Diane Prescott, 551 So. Main St., Cottonwood, AZ 86326