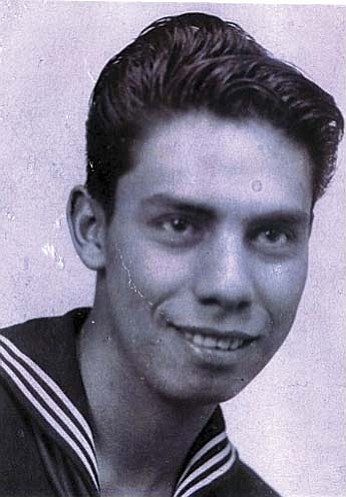 Alfred Cuaron of Cottonwood died May 25. He was born in Jerome, the son of Manuel and Carlotta (Cuevas) Cuaron.

He was a graduate of Jerome schools and California State in Los Angeles and attended electrical trade school. He worked for Lockheed Aircraft in California for 30 years.

He served his country in World War II in the Navy.

He was a 25-year member of the Verde Valley Club, a member of St. Cecilia’s Catholic Church attending the Latin Mass. Mr. Cuaron was also a member of Jerome Elks Lodge and American Legion Post #25. He was a great basketball fan having played pick up games most of his working years.

He will be deeply missed by all members of his family, many of whom called often for updates on his health. He had a kind word for everyone. He never lost his sense of humor all through his illness.

A Latin Mass will be held Wednesday, June 2 at St. Cecelia’s Catholic Church in Clarkdale at 10:30 AM. Burial will be in Valley View Cemetery. VFW Post 7400 will provide military honors.

An online obituary is available at www.westcottfuneralhome.com