Editorial: Historical Society could be lifeline for Jerome State Park 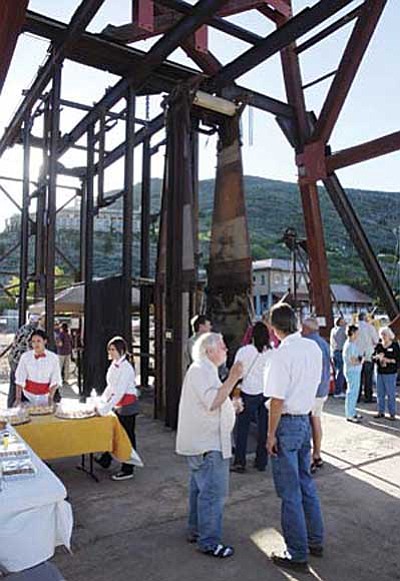 Jerome’s newest tourism amenity should serve as a wake-up call to Arizona State Parks that there is a quick and easy solution to re-opening the doors to the Douglas Mansion, aka Jerome State Historic Park.

In a cooperative effort between the Jerome Historical Society and the Jerome Chamber of Commerce, the Audrey Headframe Park outdoor mining museum last week became the newest attraction in Jerome’s historical treasure chest. The Audrey head frame stands above the Audrey shaft, which descends 1,900 feet straight down into the side of Mingus Mountain. The head frame and shaft worked together from 1918 to 1938 to raise more than $125 million in ore to the surface for United Verde Extension Mining Company.

The Jerome Historical Society’s track record of generating operational and maintenance funding for its holdings is well documented. Add to that is the organization’s penchant for putting such money to good use through a detailed preservation plan for all of its properties. JHS well understands the importance of preserving Jerome’s rich history. It is integral to the town’s well-deserved reputation as a treasure trove of Arizona history. More important, though, than the dollars and cents benefits to the town, the folks in Jerome realize that this is simply the right thing to do.

Compare all that to the situation with Arizona State Parks. The agency is so cash-strapped that it has had to close several of its state parks during the past year. Jerome was one of the first with State Parks citing the disrepair of the facility as its primary justification for closing the historic Douglas Mansion.

Many of Arizona’s state parks that have remained opened have done so only through partnerships with local municipalities and/or historical societies. JHS, in cooperation with the Jerome Chamber of Commerce, the town and Yavapai County, has proposed the Douglas Mansion be reopened through a lease plan. The state would be wise to take Jerome up on the offer. The folks in Jerome can, and will, make this work.

Just look at their track record.