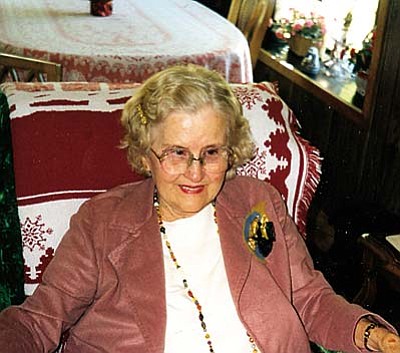 She Married Cecil (Whitey) Morris in November 1942 whole he was in the military during World War II. They lived in Clarkdale and Mesa, Arizona, before moving to Arkansas, Iowa, and Wisconsin before returning to Arizona. Whitey and Virginia moved to Camp Verde on September 1958, owing and operating the Mobil Gas Station on Main Street for 30 years after which they obtain their Realtor licenses and worked with Century 21 Real Estate for number of years.

She will be greatly missed as our mother, grandmother and friend.