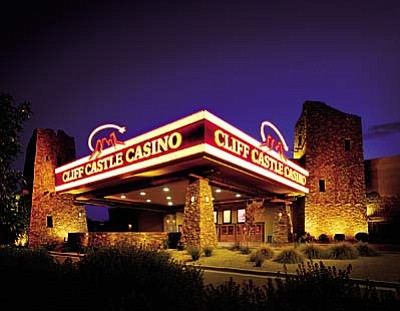 Today an economic heavyweight, the Yavapai-Apache Nation has successfully overturned a destiny that looked bleak a century ago.

The Yavapai and the Apache nations inhabited the Verde Valley and Prescott area before European contact. Like so many other Indian tribes across the country, Anglo oppression cost them their lands. Uprooted, they were forced into a 180-mile winter march to San Carlos Reservation in Southern Arizona. Around 1900, following 25 years of exile, both tribes were released, with about 200 returning to this area. This desolate time in the Nation’s history is remembered each February with the 1875 Removal-1900 Return Commemoration.

Today, the Nation is highly revered and a federally recognized sovereign Indian Nation, comprised of descendents of the Wipukyipai (Yavapai) and Dil zhee’ (Tonto Apache) people. In 1934, the two tribes established a constitutional government similar to the U.S. Constitution, formally creating the Yavapai-Apache Tribe. In 1992, they changed the name to the Yavapai-Apache Nation.

Since their return from exile, the Nation’s people acquired five parcels of land, now approximately 665 acres in Camp Verde, Rimrock and Clarkdale, held in trust as reservation lands by the U.S. government to protect tribe members into perpetuity. A move to establish more reservation lands is ongoing.

The Yavapai-Apache Nation council is comprised of elected officials acting as the Nation’s governing board.

A movement in 1965 helped Indians across the country to regain control over their own destinies propelling them forward into solvency. In 1995, the Y-A Nation opened its first Cliff Castle Casino in Camp Verde, and in 1999 expanded it into a second, much-larger (114,000 square feet) facility high on a hilltop. Off Interstate 17 at Exit 289, the Cliff Castle Casino was voted No. 1 Casino in Arizona for 11 years in a row.

Now, the Yavapai-Apache Nation is the largest employer in the Verde Valley.

Cliff Castle Casino-Hotel has brought prosperity and opened doors for the Nation’s members, as well as the community at large. Besides slot machines, poker lounges and Vegas-style Blackjack, the casino complex located near Camp Verde is home to four restaurants, four lounges, Kid’s Quest, the Alley video arcade, Shake, Rattle and Bowl bowling alley, the Stargazer Pavilion (an outdoor amphitheater that seats 3,500) Hunt & Gather Gift Shop, and the Lodge at Cliff Castle, a hotel and conference facility.

Newfound revenues provide tribal members with a much higher standard of living, services for its elderly, educational opportunities for the young, long-term economic development, a foundation for increasing the Nation’s land base and funding for programs that support traditional customs and values. Many continue to return to reservation lands, where work is now readily available and living conditions vastly improved.

According to Nation officials, revenues from the casino and renovated hotel operations alone have provided dollars to build a health center for tribal members, a cultural preservation center, a sand-and-rock operation and improved housing. The Nation’s Small Business Office helps tribal entrepreneurs. The nation also provides full college scholarships for its members, as well as child-and-elder care.

Besides helping their own, the Nation is a major philanthropist in the Verde Valley supporting programs like the American Red Cross, Big Brothers/Big Sisters, the United Way, local youth programs, schools, scholarship funds, and the local library.