Unification is on for MUHS and C-OC districts 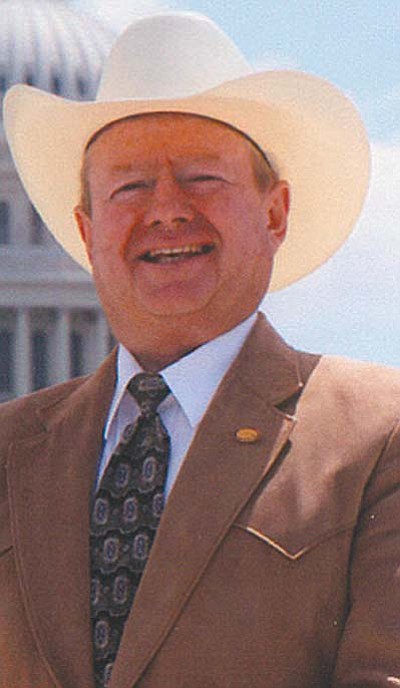 COTTONWOOD - "If we approve the concept, the details will get worked out," said Mingus Union board member Andy Groseta. His comment came near the end of a lengthy discussion on unification between the Mingus Union and Cottonwood-Oak Creek school boards. His comment also seemed to sum up - in principle - the conclusion reached by most, if not all, board members during the joint meeting Thursday night.

If the two boards ended the meeting on the same page, that isn't how the evening began. Members of each board have been under the impression that the other board had decided that unification was not worth pursuing. Those impressions, they learned Thursday night, were due to a serious lack of communication.

One of the problems was that an administration audit of both districts was completed only for the C-OC district. That study was being done by Dr. Nancy Alexander, former interim superintendent at Mingus and former superintendent at the Sedona-Oak Creek School District.

The third-party audit was to be used to help the two districts figure out how the new administration of a unified district would look.

C-OC Board President Randy Garrison said Alexander told the C-OC board she finished the interviews at Mingus but was told to stop. "That has given some confusion," he said.

Groseta asked if Alexander was told not to finish the Mingus side of the study.

Garrison said she was told not to finish.

"I thought it was finished," said MUHS Board President John Tavasci. He said he wanted to see it competed.

"That was the game plan and the instructions," Groseta said.

MUHS Superintendent Tim Foist was not at the meeting. But the MUHS board indicated that no one on the board was aware that Foist had decided to stop Alexander from completing the study.

Another issue had to do with an intergovernmental agreement that both districts had decided to use to share services through their transportation departments.

C-OC Director of Business Services David Snyder said an agreement was sent to Mingus for signatures. "I don't believe we ever got it back," he said.

C-OC Administrative Assistant Jill Holmes said the agreement was sent to Mingus in September and again in March.

Tavasci and MUHS board member James Ledbetter agreed that the board had approved the transportation agreement.

Garrison said it looked like the unification effort had stopped and MUHS started backing away from shared services.

Another example of shared services that seemed to disappear without anyone knowing why was the contract between the districts for C-OC to provide food service to Mingus.

C-OC decided to enter into a contract with a food-service company. But according to board members, C-OC still intended to live up to its IGA with Mingus to provide food service.

But C-OC board members saw an advertisement in the newspaper by MUHS for a food-service director. So the assumption was that Mingus was pulling out of that shared service.

Ledbetter said, "The administration (Foist) came to us and said Cottonwood-Oak Creek no longer will provide food service."

C-OC board member Jason Finger said with no communications from Foist, he doesn't see how the two boards can move forward with unification.

One of the big hurdles to unification was the lack of state funding to help with equalizing salaries between the districts during the transition period. But the discussion Thursday night included the idea that salary equalization could take place over an extended period of time. It was also discussed that, even without state funds, unification would provide a savings of money, even if that savings wasn't realized during the first couple of years after unification.

C-OC Superintendent Barbara U'Ren said, "It's a little awkward without Mr. Foist being here." She said communications are never easy, and both superintendents have been very busy. But she said there has not been a lot of communication.

Simmons said that something happened at some point when the two districts stopped communicating. "There's too much at stake for us to stop communicating," she said.

"I still have an interest in moving forward," Tavasci said.

Simmons suggested taking a look at the options in spite of the loss of state funding.

Groseta said that both boards had come together on two different pages. "We need to approve conceptually whether or not to move ahead with unification," he said. "What are we going to do from tonight forward? I'm for unification and I always have been."

Neither board could take action Thursday night because no action items were on the agenda, only discussion items. But both boards left the meeting with the intention of moving forward with unification.

Tavasci said he would find out from Dr. Alexander when Mingus can get its portion of the administrative audit report done.

The next step likely will be for the districts to send out an information pamphlet to taxpayers in both districts of the intention to unify. That step must be taken before the boards can vote for unification.