Commentary: Kirk Waddle's comments no help to process of unification 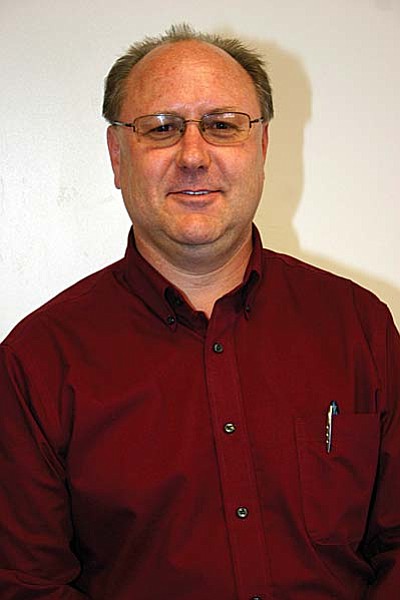 It sure didn't take long for someone to throw some tacks in the unification parade between the Cottonwood-Oak Creek and Mingus Union school districts.

During the same meeting, the two school boards and C-OC administrators hashed out issues relating to the effort, or lack thereof, on shared services between the two school districts.

As stated by Mingus Board Member Jim Ledbetter said, "The administration came to us and said Cottonwood-Oak Creek no longer will provide food service."

Clearly, this is a case of poor communication, something that would not be a problem if and when the two districts are unified.

Now, though, in an article comment posted to our online edition, verdenews.com, Mingus Business Manager Kirk Waddle takes pot-shots at the food service that was being provided to Mingus by Cottonwood-Oak Creek.

One of two online comments submitted by Waddle stated: "The Mingus Board did not approve the Food Service IGA and instructed the MUHS business office to meet and add language that COCSD would invest profits back into the MUHS food service and to improve the sub-par menu. On the day of the meeting, MUHS was informed that they would not be meeting to discuss improvements to the menu or equipment at MUHS. This is why the move was made to take over the service in order to meet national nutrition standards and to address the sub-par service."

Sub-par service? There were no complaints about the service expressed during Thursday's meeting between the two school boards.

And even if there was anything lacking in the service provided by Cottonwood-Oak Creek, C-OC obviously was making moves to improve by contracting with a food-service company, and it fully intended to continue providing the service to Mingus.

Further, if there were shortcomings to the service being provided to Mingus by C-OC, why didn't the Mingus board bring it to the attention of the C-OC board? It also begs the question of why there were no Mingus administrators in attendance at this joint meeting on unification last week.

That would have been the appropriate forum for both sides to fully explain the whys and why-nots of what appears to be a lack of cooperation between the two school districts.

For Waddle to be a no-show at this meeting and then come in after the fact and cast aspersions on the service Cottonwood-Oak Creek was providing to Mingus is in poor taste. It's exactly the kind of childish rock-throwing that can unravel something so politically tense as school district unification.

Unification waters will likely be rocky enough without administrators from the two districts bad-mouthing each other.

If Mingus School Board members want to avoid those rocky waters, they may want to consider putting a muzzle on Waddle.