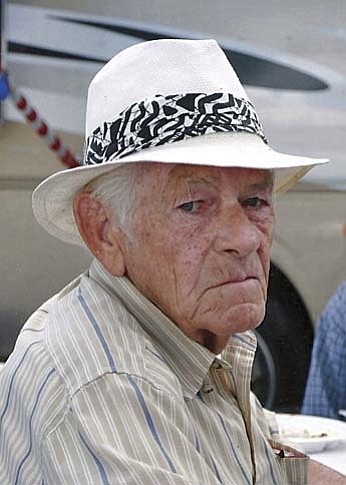 He has had a long history of cardiac problems, however these past several weeks he has really been under the weather, but always ready for a game of pool at his local American Legion. Gene was the last surviving Bruneau male.

Gene was born on the family farm in Canada and was the twelfth of fourteen children born to Napoléon Joseph Bruneau Jr. (1888-1970) and Hazel Marie (nee DeCelles) Bruneau (1897-1977). He moved with his family at the age of four to the U.S. near Coeur D Alene, ID and then moved to MN with his parents and family. His father had taught Gene how to hunt, fish, trap and the skills associated with the hard labor involved in working the farms of the Northern U.S. and Canada. Gene’s father taught him the outdoorsmen skills that characterized him the remainder of his life. He spent four years with the U.S. Army and then spent several years living and working throughout the U.S. before settling back in MN where he met and married his beloved wife Francis Johnson. They moved to Arizona and resided in Mesa initially then the Verde Valley where Gene worked as a general contractor and was the last of the trappers. They made their home in Camp Verde for a decade before moving to Las Vegas for two decades. Gene moved to Pahrump, NV after his wife’s death where he went into business with De De for 10 years and returned to the Verde Valley for the last 3 years where De De looked after him until his departure. He is survived by De De Johnson of Cottonwood, AZ, his daughters Debbie Moore of Cottonwood and Mary Turnipseed of Cottonwood. He is also survived by many granddaughters and sons however his grandson Scott and granddaughter Jennifer were very close. He also is survived by his oldest sister Marie Hanson of Renton, WA and sister and brother in law Ann and Roger Brackney of Lake Montezuma, AZ, brother in law Peter Cullen of Mesa, AZ, Walter Franke of Chandler, AZ, and William I. Watts of Prescott, AZ. He was preceded in death by his parents and brothers, Larry, Vernon, Thomas, Joseph, Norman and Kenneth Bruneau and sisters Helen Cullen, Lucille Bruneau, Theresa Franke, Margaret Watts and Hazel Bruneau.

Gene like was a devote Catholic and member of the Immaculate Conception Catholic Church in Cottonwood.

An online guestbook is available at www.westcottfuneralhome.com Information provided by his immediate family.