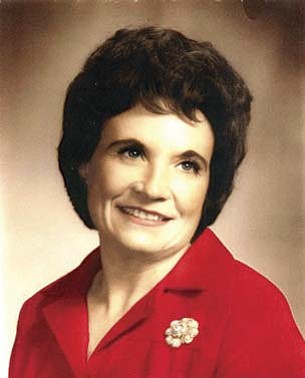 Hazel Bryant, 87, of Cottonwood died March 2. She was born July 31, 1922 in Seymour, Missouri, the daughter of William and Mary (Fleetwood) Cummins.

She loved to cook and bake and was known for her award winning chocolate chip cookies and for her giving nature.

Her husband, Charles Bryant, preceded her in death as well as seven sisters and two brothers.

At her request, there will be no services.

Donations in her memory may be made to one of her favorite charities, St. Joseph’s Indian School, P.O. Box 100, Chamberlain, SD 57325 (www.stjo.org)