Ferguson gets 138 years in prison 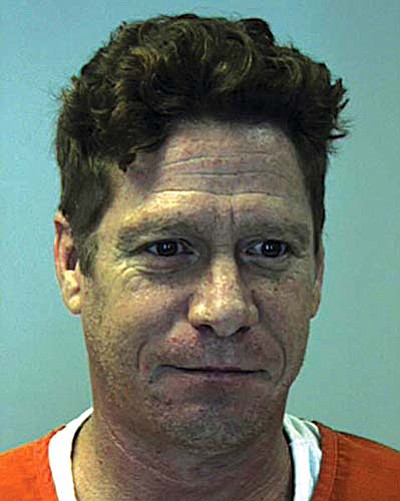 CAMP VERDE -- Ryan Ferguson's attorney was insistent Monday that the 138-year sentence proposed for his client was too onerous.

John Thornton told the court that even in murder trials, a defendant could not expect so much prison time. He said the child pornography charges in the second trail for Ferguson involved photographs found in a blue binder from the trunk of a vehicle owned by his client's brother and it was not proven that it belonged to Ferguson. He said Ferguson had no prior felonies and was not a habitual sex offender. Now, he will "never eat in a restaurant, date a woman or shower by himself again," said Thornton.

The 50-year-old Cottonwood defendant originally was sentenced Jan. 13 to 12 years in prison and lifetime probation for the attempted molestation and kidnapping of a 9-year-old boy. Five counts were dismissed by the court or acquitted by the jury during the November trial.

Ferguson was a family acquaintance of the boy's mother who had allowed her son to spend the night with him. The defendant had originally been indicted on 20 counts, including sexual conduct with the child, kidnapping and sexual exploitation of minor. The court agreed to sever the counts into separate trials at the urging of Ferguson's defense attorney.

During the second trial, in early February, the jury found Ferguson guilty of six counts of sexual exploitation of a minor for showing the youth child pornography. He was acquitted on four other counts by the jury.

Prosecutor David Loder told the court that the child pornography represented 10 separate victims, with two very young children involved in a sex act in each of four photographs and individual children were shown in two other photographs.

Judge Warren Darrow sentenced Ferguson to 21 years in prison on each of the six counts to be served consecutively with no chance for early release. The individual sentence for the class 2 dangerous repetitive felony with a child under 12 years old was aggravated since Ferguson already had a single "predicate felony," a prior felony involving child abuse. Ferguson's prior offense was the conviction during the first of the two trials.

Judge Darrow ordered that the sentences of the two trials also be consecutive.

The total prison time sentenced between the two trials is 138 years.