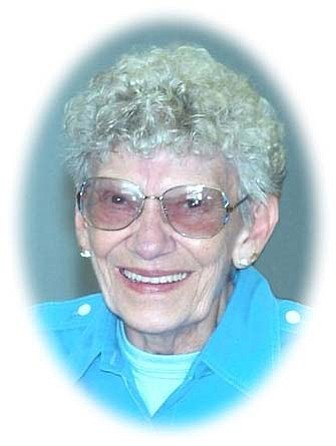 Mary “Ann” Kester quietly slipped away early February 14, 2010, just in time to spend Valentine’s Day with her valentine in Heaven. Ann was born in Avon, South Dakota to German immigrant parents, Heiko and Hillie (Oorlog) Janssen on November 7, 1931. Her mother passed away a few short months later leaving her numerous older siblings and beloved daddy to raise her.

Ann had several homes with various relatives and endured many hardships in her life, but she never complained. Life was good for her.

At 14, Ann found work as a telephone operator where she worked over nights, sleeping in the back room of the building waiting for the buzzer to alert her to an incoming call. She left this job after deciding to become a waitress, even pumping gas at one diner.

Ann and her toddler son moved from the mid-west to Tucson in 1957 with her sister and brother-in-law. It was in Tucson while working at a truck stop that she met a jokester by the name of Arnold Kester. There were times she would refuse to serve him coffee in the truck stop following some comment he would make. Love won out and they married in 1960. She poured several cups of coffee for him in their 47 years together.

Soon after, they moved to the Verde Valley, where their family grew to include a daughter and another son.

Ann began working at the Cottonwood Oak Creek School District, where she was a “lunch lady” for 14 years. She loved this work, and loved the children. After her retirement in 1991, she volunteered for a period of time both in the cafeteria as well as with the ESL children.

Ann loved animals, light-heartedly becoming known as the “cat lady” by her neighbors and loved ones, as she fed any cat that asked and some that didn’t.

The family of Mary Ann Kester will be hosting a Memorial Celebration of her life on Saturday, March 27, 2010 at the Cottonwood Elementary School Cafeteria from 11 am to 2 p.m. All those who knew Ann are invited to stop by for food, happy memories and pictures of this beautiful and colorful lady.