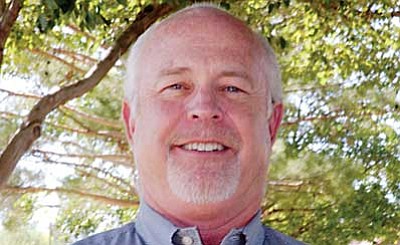 City Manager Doug Bartosh says the city will hold off on much new hiring for the new Recreation Center and try to fill some positions from existing staff and use volunteers where possible. Bartosh says between the recreation facility and wine tasting in Old Town, Cottonwood will be “well-positioned when the economy comes back.”

COTTONWOOD - As the Cottonwood City Council takes preliminary steps toward a new fiscal budget for 2010-11, the recession that began in 2007 continues to cloud the future.

While the new fiscal year offers the first full year that the city has used a 3-percent sales tax, Rodriguez says revenue continues to decline. A comparison of the 2.2 percent budget through the end of 2009 shows that tax collections dropped nearly 14 percent over collections from 2008. Sales tax receipts from 2007 declined just under $2 million, based on the 2.2 percent collections.

One contributing factor was a drop in the number of car sales during the two-year period, plunging from $48 million in Cottonwood to a figure of $27 million.

Rodriguez did point to a slight uptick in auto sales since the low point of Spring 2009.

Another issue that will dig deep into Cottonwood's spending is a two-year decline of state shared revenue receipts. State shared sales taxes have dropped 6 percent. Rodriguez says the state is predicting an increase in receipts in 2011, but Rodriguez admits he is not optimistic.

State shared income tax is distributed two years after collections. The Fiscal year 2010 receipts are down $221,000 from the prior year and estimated to drop by another 33 percent in the new budget.

The revenue declines mean the city must prioritize funding that would normally be used for streets and general government capital.

Rodriguez says the 1 percent sales tax, originally used to build the city sewer system and later re-directed to other capital projects, will now be used to cover overhead for the city's new Recreational Center.

He says the tax portion will assure that the debt service is paid and the operational shortfall of the center is covered. After the Recreation Center responsibilities, the remainder of that 1 percent will be used as part of the General Fund operations and maintenance.

Richard Faust noted that the first electric bill for the center was $12,000 and the facility will not open until May. Peak summer rates are expected at $17,000 per month.

Manager Doug Bartosh says the city will hold off on much new hiring for the center and try to fill some positions from existing staff and use volunteers where possible.

Bartosh says between the recreation facility and wine tasting in Old Town, Cottonwood will be "well-positioned when the economy comes back."

Originally dedicated to street improvements, a 1-percent sales tax on construction had declined precipitously and would also be diverted to "shore up" the General Fund M&O.

Rodriguez says the city will also face increases in the two retirement system costs, and health insurance costs have risen by $140,000.

If things get, worse, according to Rodriguez, there will have to be additional department cuts, adjustment of operating hours, increases in health care cost sharing, possible furloughs or reduction in workforce, including police and fire.