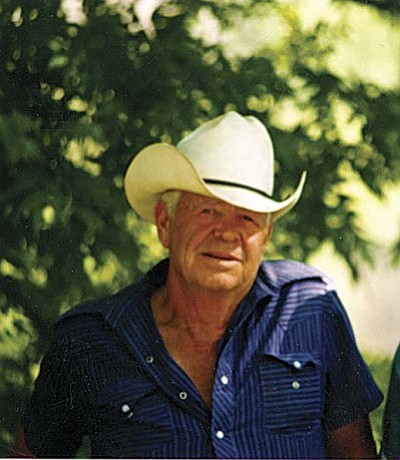 Jerry “Pop” B. Lane, beloved husband, father, brother, grandpa and friend died March 27, 2010 in Phoenix as a result of recent bee attack which led to other complications.

Jerry served our country in the US Air Force. Above all he loved his home and family. Jerry was a hard working man and enjoyed his work operating heavy equipment. He often could be found driving with the company of his faithful dog, Cookie.

Jerry is survived by his beloved wife, Mary Lou Lane; his children, Debbie, Patty, Theresa, Dutch, Cindy, Amy, Gene and Lisa; and a large number of grandchildren, great-grandchildren and great-great grandchildren and brothers and sisters. Funeral services for Jerry will be 11:00am Friday, April 2, 2010 at the chapel of Bueler Camp Verde Funeral Home, 143 W. Arnold Street, Camp Verde. Please share your condolences at www.buelerfamilyfuneralhome.com