Despite budget cuts, ADWR to stay on course with adjudication 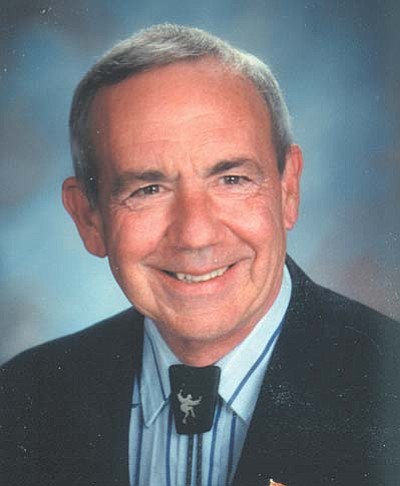 VERDE VALLEY - In spite of a budget that is one-third what it was two years ago, Arizona Department of Water Resource Director Herb Gunther says his agency intends to stay up with the demands of the statewide adjudication.

Along with Arizona State Parks, ADWR has endured some of the deepest budget cuts in state government.

Gunther says that of the 97 employees lost to two reductions in force this year only two have come from the Adjudication support unit, one administrative aide and one hydrologist.

"Right now we plan to stay on schedule with what the court has asked us to do," Gunther says. "We have people in the agency who are cross-trained and who can move into the adjudication unit as they are needed."

The adjudication court has the responsibility of settling thousands of surface water claims across the state, many of which were filed on properties in the Verde Valley.

Given the complexity of deciding what is surface water and what is groundwater, along with other issues, ADWR acts as the court's science advisor.

Most recently, the agency released a report determining the subflow zone, that area beneath and adjacent to a stream through which surface water flows below ground, for the upper San Pedro River in southern Arizona.

According to Gunther, the judge in the case, Eddward Ballinger, would like to complete the work on the Upper San Pedro, the first basin to be adjudicated, and begin the legal wrangling over the issue of subflow. That issue that will play heavily in the determination of water rights in the Verde Valley.

As far as the budget cuts' impact on the ultimate adjudication of Verde River water rights, Gunther says he plans to see his agency does everything the court asks it to do.

"Once we finished the upper San Pedro geology and hydrology, we moved on up to the Verde, but following that we don't have any direction from the court.

"Normally we would begin the historic analysis of the hydrology and the increase over time on the use of the surface water and groundwater, as far as developmental production wells. We will be meeting with them this month to see where their priorities are as far as the Verde is concerned," Gunther says.

ADWR, in conjunction with the Arizona Geological Survey, has recently completed a geological mapping of the floodplain Holocene alluvium (the unconsolidated rock and material through which the court has determined the subflow travels) for the Verde River, and is finishing up maps of the river's tributaries.

Gunther says he and his agency see their role with the adjudication court as one of the primary responsibilities.

"Personally I put a high priority on it," he says.

"We've been going at this thing for 30 years with nothing to show for it. We do whatever the court asks us to do. If you don't have enough people you ask the court to prioritize. We've done it before."