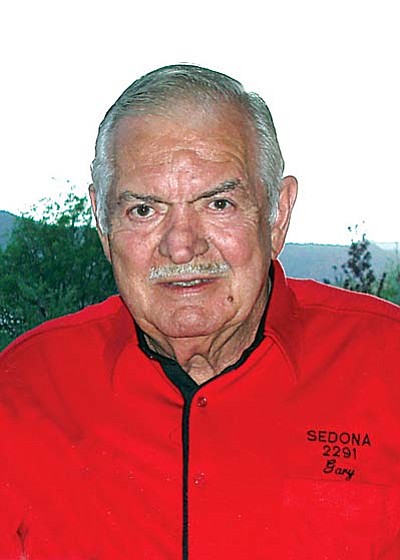 Gary entered the Air Force as an enlisted man and became part of an elite group who was accepted to pilot training and became an officer and a fighter pilot. Among the many planes he flew was the fastest jet in the world at the time, which flew twice the speed of sound.

Major Fisher served in the Air Force for 23 years, including three tours in Vietnam. During his first tour he was decorated with the Bronze Star, 2 Distinguished Flying Crosses, Three Air Medals with First thru Ninth Oak Leaf Clusters, among others. His next two tours were served in Air America, a Special Ops group which was classified even from the Air Force. He considered his service to his fellow soldiers the acme of his life. He gave public speeches for the Air Force and taught strategy to his fellow airmen.

After retiring from the Air Force, he opened two CPA practiced in the Verde Valley, Fisher and Maxon and then Sedona Paychecks. After retiring from accounting, he served the American Legion Post 25 on the Executive and other committees, as the bingo manager and in any way he was called upon.

Gary enjoyed studying the history of the Vietnam Era and reading in general, he read poetry aloud, often memorizing it, and he enjoyed playing bridge.

Gary will be remembered as a man who was always positive, steady, reliable, a good listener, with a great sense of humor and easy to be with. He was a man who knew how to enjoy life, and people enjoyed being with him.

He is preceded in death by his son, Michael and his sister, Mikki Tuggey.

He is survived by his loving wife of 10 years, Andrea Scott Fisher; his sister, Lorna Burns; his daughter, Karen Hussong, her husband Walter and their children, Paige, 16 and Nicolas, 10; and by his granddaughter, Sgt. Jillian Fisher, USMS, 26.