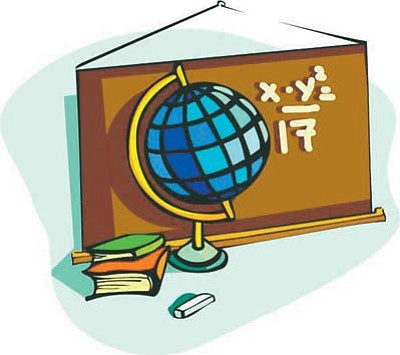 COTTONWOOD - The State of Arizona Office of the Auditor General released its Performance Audit Nov. 1 for Cottonwood-Oak Creek Elementary School District. About seven districts statewide are selected at random each year for the in-depth audit.

"In our lead auditor's words, "this is a very clean audit,'" said David Snyder, district director of business services.

The appendix of the report, which defines objectives, scope and methodology of the audit, states that C-OC was compared with 10 peer districts selected for similarities in size, type and location. Those other districts serve between 600 and 7,999 students in both town and rural areas.

During the year of the audit, C-OC District covered 428 square miles and served 2,308 students in kindergarten through eighth grade at five campuses.

Snyder said he and U'Ren were both "pleased with the audit, as they reinforce management's goals of operational efficiency and fiscal accountability."

The audit states: "In fiscal year 2009, the District spent about the same per pupil as peer districts, but spent slightly more in the classroom. Costs for administration, food service, and transportation were lower than the peer districts' averages, and plant operation costs were similar."

Plant operations for C-OC per student were $894 compared with $863 for the peer group average. Snyder explained that having five campuses makes C-OC's plant operations costs higher than districts with fewer schools.

Student achievement also was found to be on par with state and peer districts' averages. In math, 68 percent of C-OC's students met or exceeded state standards, 71 percent in reading and 80 percent in writing.

One of the C-OC schools did not meet Adequate Yearly Progress (AYP) for No Child Left Behind, but that also was found to be similar to peer districts.

The audit found no improper transactions, but the report did recommend tighter controls over portions of the accounting system to ensure that transactions are authorized and accurate, and that duties are segregated between employees.

According to Snyder, those recommendations have either already been put in place or are now being put in place.