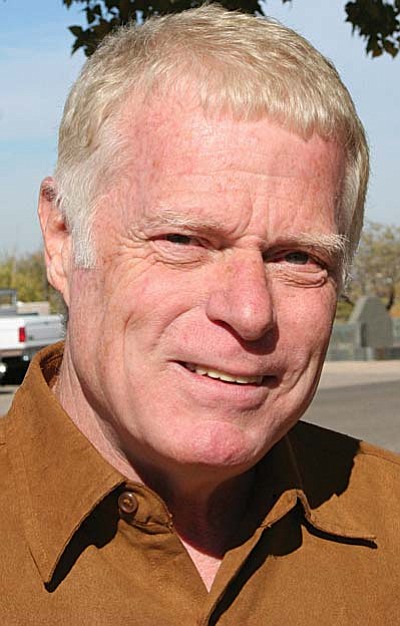 Steve Estes has been hired as the outreach director for a cooperative program between the Verde Valley Land Preservation Institute and the Friends of the Verde River Greenway to assist landowners along the Verde and its tributaries to establish conservation easements and control invasive plant growth.

VERDE VALLEY - Over the last few years, several large properties in the Verde Valley have been purchased on the open market and set aside for open space.

They include such historic ranches as the Packard Ranch on Sycamore Creek, Rockin' River Ranch on the Verde River south of Camp Verde and its across the stream neighbor, the Shield Ranch.

The transfer of private land to public holdings is part of an ever broadening movement by land owners and those who assist them, in preserving the river, open space and the things most people moved to the Verde Valley to enjoy.

The partnerships involved are not only growing but also receiving the financial support needed to continue.

The Walton Foundation, through its Freshwater Initiative, is the primary contributor.

The charity that has supplied funding to Clarkdale's Sustainability Park, to demonstrate better ways to live on the land, and the Verde River Basin Partnership, to help get a better handle on water resource management, recently made a contribution to land and ecological preservation along the river.

The foundation donated $123,000, most of which will fund a public outreach program in cooperation with the Verde Valley Land Preservation Institute and the Friends of the Verde River Greenway.

"My role will be to engage private landowners -- to help those who want to establish conservation easements for their properties and remove invasive plants," says Steve Estes, recently hired as the director of the program.

It is a program, Estes says, that will allow owners of smaller parcels to do what larger landowners have been doing.

"Over the last few years, the effort has been to bite off large chunks of property. We feel there are a lot of landowners along the river, with smaller properties, who want the same thing," Estes says.

Chip Norton of the VVLPI says it is a program that's time has come.

"Owners of small parcels bordering the streams are now the land managers. Regardless of where they are in the environmental spectrum, most of them place a good deal of value on the river, and want to see it healthy and flowing.

"It has big effect on their quality of life as well as their property values. Keeping it healthy will involve an effort with all these land mangers. It's hard to accomplish that on your own, but working cooperatively, it's a possibility," says Norton.

Estes will host some community meetings as well as workshops in the future. He can be reached at stevenrestes@gmail.com or call (928) 451-6993.