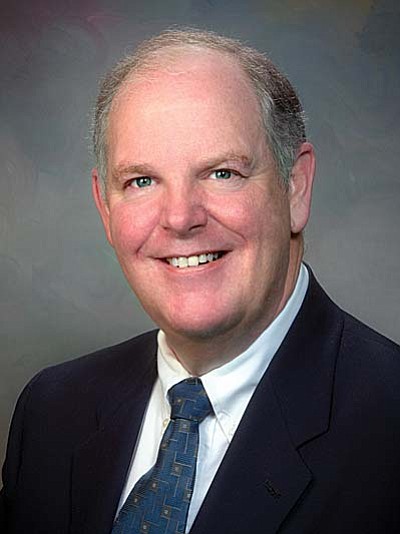 The need for a National Scenic Area Designation (NSA) for specific Coconino National Forest lands in the Sedona/Verde Valley area continues to be a priority since the recent vote on H.R. 4823 (Sedona Red-Rock NSA Bill) in the U.S. House of Representatives (House) failed on Sept. 23, 2010.

A procedure known as "suspension of rules" that required a favorable vote of two thirds fell short by only 21 votes. It should be noted that the majority of those voting did vote for the legislation.

The Red-Rock National Scenic Area Coalition has requested House leadership to include H.R.4823 into a natural resource or lands Omnibus Bill. If that does not occur we have asked leadership to schedule the Bill for an up or down majority vote prior to the end of session that will begin on Nov. 11, 2010.

Even those in opposition to this NSA have recognized that these unique lands should be preserved. They incorrectly believe that the current Coconino National Forest Management Plans (CNFMP) Amendment 12 or a new CNFMP will provide permanent protection of these sensitive and awe-inspiring lands.

The Coalition's position is clear. First, we do not believe that the CNFMP provides the necessary level of protection since it is an administrative process subject to amendment with limited public participation. Secondly, we believe that these lands are unique and important to preserve for future generations and our tourist based economy, and we should protect these lands to the highest possible standard. The NSA legislation does that by securing private property rights while restricting future forest service land trades. To only protect these lands through the administrative process of the CNFMP does not provide the required level of stewardship or vision.

Why is the restriction to land trades as recognized in Amendment 12 not sufficient to preserve these unique lands? Since inclusion of Amendment 12 into the CNFMP there have been two United States Supreme Court decisions that have affected the Forest Services Administrative process. The United States Supreme Court in Ohio Forestry Association v. Sierra Club, 523 U.S. 726,727 (1998) ruled that forest plans are generally not ripe for judicial review. In reference to forest plans the Court said such plans "... do not command anyone to do anything or to refrain from doing anything; they do not grant, withhold, or modify any formal legal license, power, or authority; they do not subject anyone to any civil criminal liability; they create no legal rights or obligations."

Additionally, in the United States Supreme Court decision in Norton V. Southern Utah Wilderness Association, 542 U.S. 55 (2004) rules that "...a land use plan is generally a statement of priorities; it guides and constrains actions, but does not prescribe them."

Since these two decisions the United States Forest Service (USFS) has changed its land use planning policy. The 2005 and 2008 agency planning regulations are based on the idea that plans are strategic and aspirational in nature and do not generally bind the agency to a future course of action. With this legal precedent in mind and the ability of USFS to administratively change the CNFMP the only way to provide the required level of protection to these sensitive, archeological and visually unique lands is through the adoption of H.R. 4823 the Sedona Red-Rock National Scenic Area Act of 2010.

The NSA lands are extraordinary. In their written testimony to Congress the Sedona Verde Valley Association of Realtors stated:

"The city of Sedona sits in one of the most unique valleys in the world surrounded by the rising peaks of the Mogollon rim, Oak Creek running down from the mountains through a terrain of majestic red rocks."

The Coalition thanks everyone for their support of H.R. 4823 the Sedona Red-Rock National Scenic Area Act of 2010.