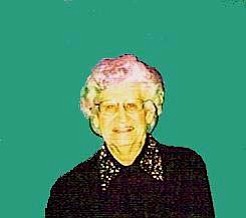 She received a Masters Degree from Arizona State University. She was a teacher, public librarian, school librarian in Phoenix and Tempe Public Libraries.

She was a member of Verde Valley Presbyterian Church.

An online guestbook is available at www. westcottfuneralhome.com.