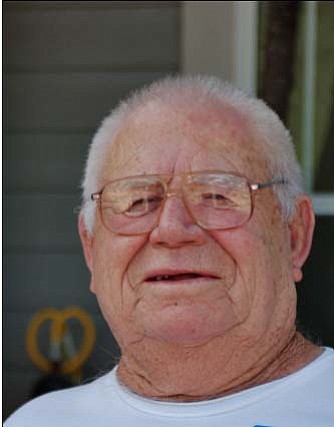 James Theodore Cutbirth, 88, of Payson, died Sept. 24, 2010 at his home in Flowing Springs. He was born August 13, 1922, in Glendale, AZ to Ida Anderson and Claud Cutbirth, traveling the majority of the state wherever his father’s job of building highways, bridges and damns took them, attending 17 different elementary schools in AZ. Economic times were hard in 1940 when he graduated from Phoenix Union, so Jim volunteered for the Navy, serving 6 years, as an airplane mechanic in Pearl Harbor and Midway Island in the Pacific. Jim returned to the states attending extra Naval training in Chicago, where he met his wife to be, Grace Stolz, on a blind date. In their 55 years together, they raised 3 children in Phoenix, moving to Cornville in 1978 where Jim worked for Catholic Social Services, by helping low-income families by weatherizing their homes. After Grace’s death in 2001, he moved to Payson with his daughter.

A celebration of his life will be held at 11:30 a.m., Friday, October 1, near the home of his son, at a park in Oak Creek Valley, in Cornville.