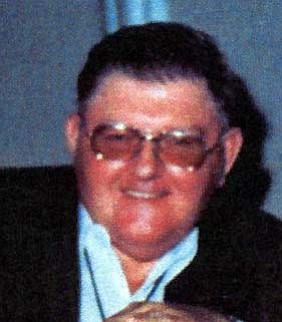 Frank William Emry our father and grandfather passed away on Tuesday September 21, 2010, after a long battle with his health in Cottonwood, AZ at the age of 75.

He was preceded in death by his wife Donna of 52 years, their son Robert W. Emry and their granddaughter Grace Ann Winner. He is survived by his children Pamela (David) Nicholson of Chandler, AZ, Rick (Brenda) Emry of Flagstaff, AZ, Scott (Ann) Emry of Coppell, TX, and Kathy (Brenda) Emry of El Mirage, AZ; grandchildren Brandon Malin, Laura Emry, Jeremy Emry, Cameron Emry and Andrea Napier. Frank was a member of the Int. Union of Operating Engineers Local 324 in Detroit, Michigan and worked as a crane operator in the construction of the Saginaw Steering Geer Plant in Saginaw, Michigan.

Later owning a Pure Oil gas station. Frank was a small business owner in both Flagstaff and Cottonwood since his moving to Arizona in December of 1962 with his wife and four small children. He owned Frank’s General Service for over 10 years in Flagstaff, AZ.

He was a reserve Coconino County Deputy Sheriff, member of the Fraternal Order of Police for over thirty years. One of the founding members of the Doney Park Fire Department and served as Chief. Frank was an avid car collector and enjoyed all aspects of motor vehicles. Frank was a member of V.M.C.C.A. car club for over 20 years. No service or visitation will be held.

Those planning an expression of sympathy you may wish to consider memorials to the charity of your choice. Information provided by Norvel Owens Mortuary.